A Prayer for Owen Meany by John Irving

Finished reading this book on January 7, 2007
Buy on Amazon 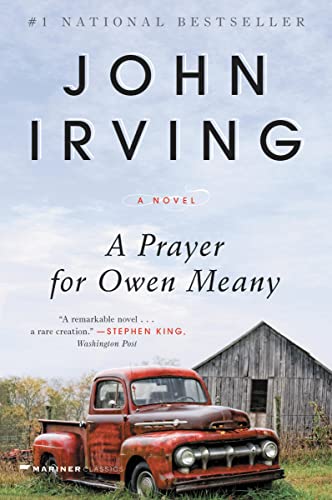 In the summer of 1953, two eleven-year-old boys—best friends—are playing in a Little League baseball game in Gravesend, New Hampshire. One of the boys hits a foul ball that kills the other boy’s mother. The boy who hits the ball doesn’t believe in accidents; Owen Meany believes he is God’s instrument. What happens to Owen, after that 1953 foul ball, is extraordinary and terrifying.

A Prayer for Owen Meany was first published in 1989. This Modern Library edition includes a new Introduction by the author.