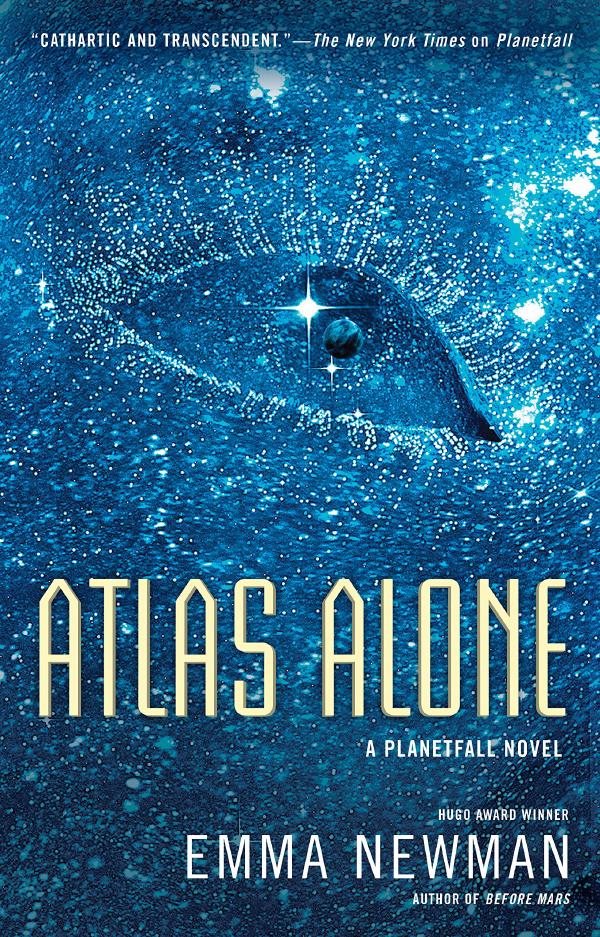 Hugo Award winner Emma Newman returns to the captivating Planetfall universe with a novel about vengeance, and a woman deciding if she can become a murderer to save the future of humanity.

Six months after she left Earth, Dee is struggling to manage her rage toward the people who ordered the nuclear strike that destroyed the world. She’s trying to find those responsible, and to understand why the ship is keeping everyone divided into small groups, but she’s not getting very far alone.

A dedicated gamer, she throws herself into mersives to escape and is approached by a designer who asks her to play test his new game. It isn’t like any game she’s played before. Then a character she kills in the climax of the game turns out to bear a striking resemblance to a man who dies suddenly in the real world at exactly the same time. A man she discovers was one of those responsible for the death of millions on Earth.
Disturbed, but thinking it must be a coincidence, Dee pulls back from gaming and continues the hunt for information. But when she finds out the true plans for the future colony, she realizes that to save what is left of humanity, she may have to do something that risks losing her own.