Finished reading this book on September 25, 2014
Buy on Amazon 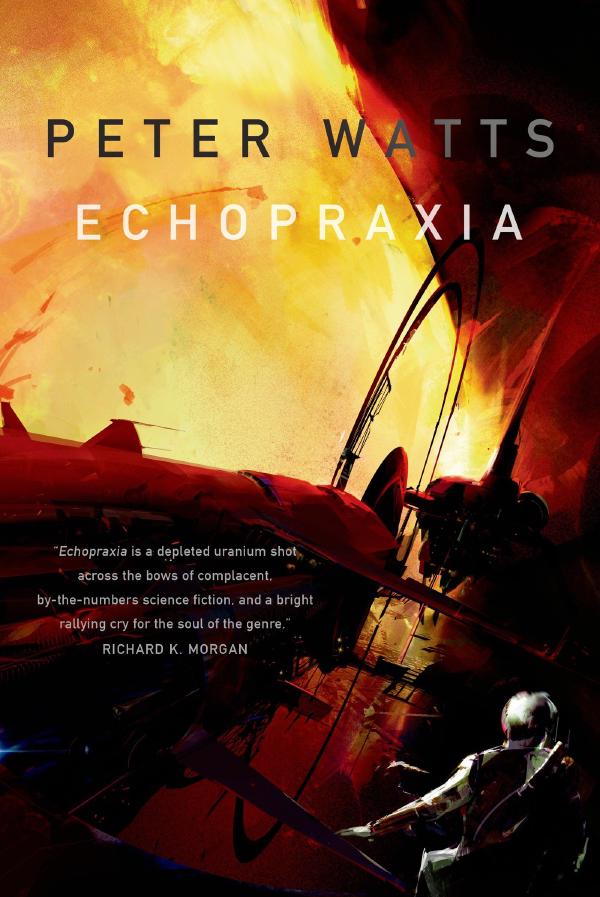 It’s the eve of the twenty-second century: a world where the dearly departed send postcards back from Heaven and evangelicals make scientific breakthroughs by speaking in tongues; where genetically engineered vampires solve problems intractable to baseline humans and soldiers come with zombie switches that shut off self-awareness during combat. And it’s all under surveillance by an alien presence that refuses to show itself.

Daniel Bruks is a living fossil: a field biologist in a world where biology has turned computational, a cat’s-paw used by terrorists to kill thousands. Taking refuge in the Oregon desert, he’s turned his back on a humanity that shatters into strange new subspecies with every heartbeat. But he awakens one night to find himself at the center of a storm that will turn all of history inside-out.

Now he’s trapped on a ship bound for the center of the solar system. To his left is a grief-stricken soldier, obsessed by whispered messages from a dead son. To his right is a pilot who hasn’t yet found the man she’s sworn to kill on sight. A vampire and its entourage of zombie bodyguards lurk in the shadows behind. And dead ahead, a handful of rapture-stricken monks takes them all to a meeting with something they will only call “The Angels of the Asteroids.”

Their pilgrimage brings Dan Bruks, the fossil man, face-to-face with the biggest evolutionary breakpoint since the origin of thought itself.