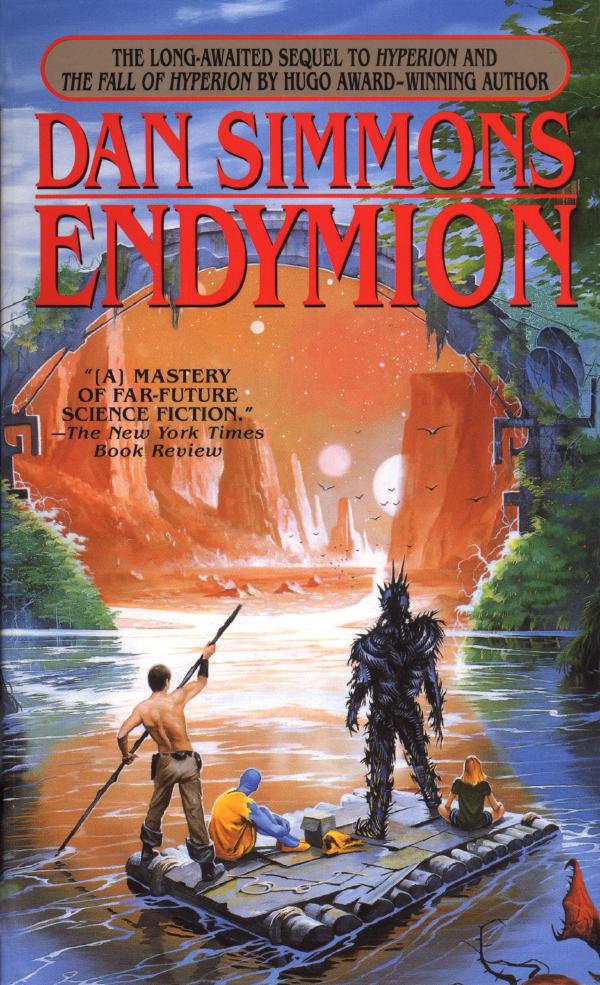 Two hundred and seventy-four years after the fall of the WorldWeb in Fall of Hyperion, Raul Endymion is sent on a quest. Retrieving Aenea from the Sphinx before the Church troops reach her is only the beginning. With help from a blue-skinned android named A. Bettik, Raul and Aenea travel the river Tethys, pursued by Father Captain Frederico DeSoya, an influential warrior-priest and his troops. The shrike continues to make enigmatic appearances, and while many questions were raised in Hyperion and Fall of Hyperion, still more are raised here. Raul’s quest will continue.