Ghost Fleet: A Novel of the Next World War by P.W. Singer

Finished reading this book on June 12, 2016
Buy on Amazon 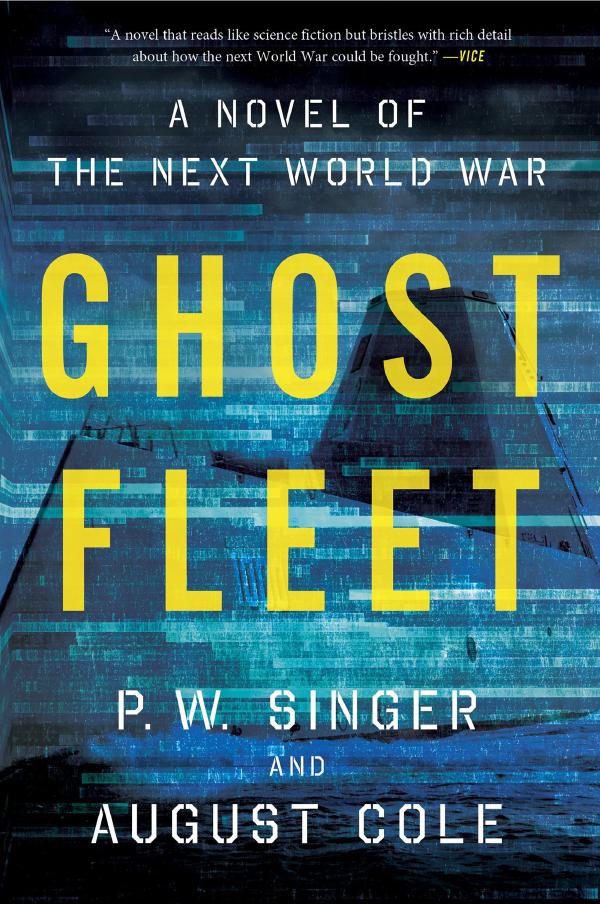 What will the next global conflict look like? Find out in this ripping, near-futuristic thriller.

The United States, China, and Russia eye each other across a twenty-first century version of the Cold War, which suddenly heats up at sea, on land, in the air, in outer space, and in cyberspace. The fighting involves everything from stealthy robotic–drone strikes to old warships from the navy’s “ghost fleet.” Fighter pilots unleash a Pearl Harbor–style attack; American veterans become low-tech insurgents; teenage hackers battle in digital playgrounds; Silicon Valley billionaires mobilize for cyber-war; and a serial killer carries out her own vendetta. Ultimately, victory will depend on blending the lessons of the past with the weapons of the future.

Ghost Fleet is a page-turning speculative thriller in the spirit of The Hunt for Red October. The debut novel by two leading experts on the cutting edge of national security, it is unique in that every trend and technology featured in the novel — no matter how sci-fi it may seem — is real, or could be soon.