Gods, Monsters, and the Lucky Peach by Kelly Robson

Finished reading this book on April 14, 2019
Buy on Amazon 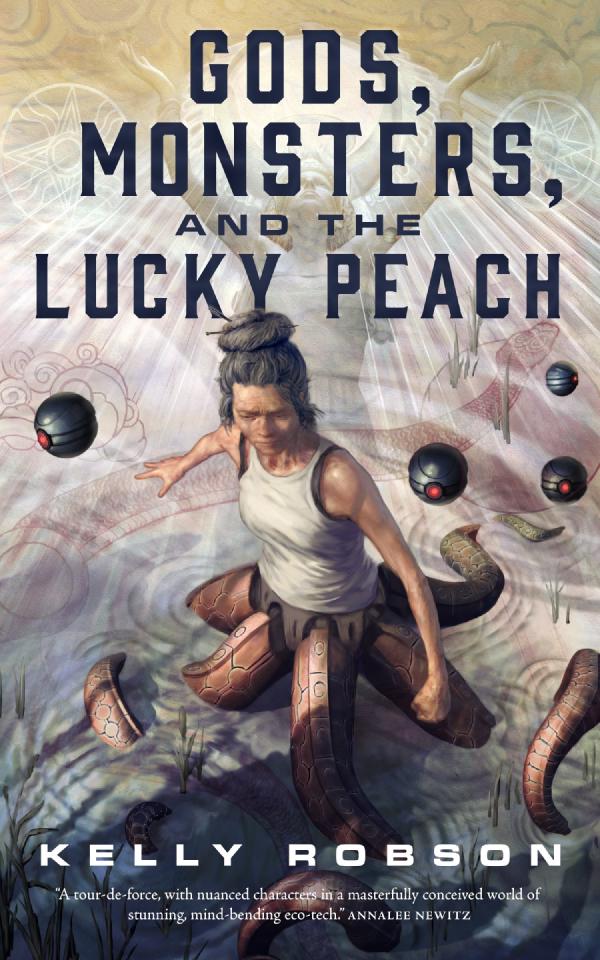 Discover a shifting history of adventure as humanity clashes over whether to repair their ruined planet or luxuriate in a less tainted past.

In 2267, Earth has just begun to recover from worldwide ecological disasters. Minh is part of the generation that first moved back up to the surface of the Earth from the underground hells, to reclaim humanity’s ancestral habitat. She’s spent her entire life restoring river ecosystems, but lately the kind of long-term restoration projects Minh works on have been stalled due to the invention of time travel. When she gets the opportunity take a team to 2000 BC to survey the Tigris and Euphrates rivers, she jumps at the chance to uncover the secrets of the shadowy think tank that controls time travel technology.