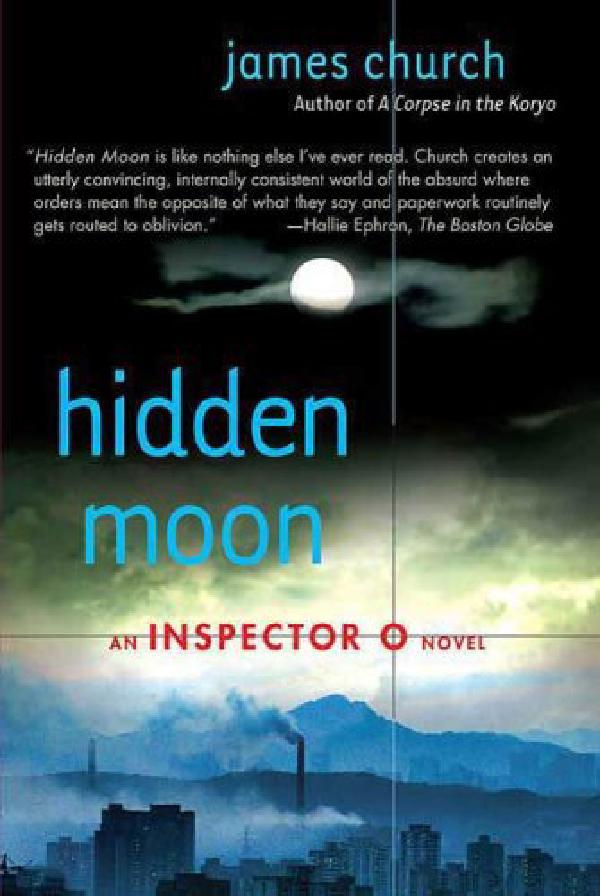 In A Corpse in the Koryo, James Church introduced readers to one of the most unique detectives to appear on page in years — the elusive Inspector O. The stunning mystery was named one of the best mystery/thrillers of 2006 by the Chicago Tribune for its beautifully spare prose and layered descriptions of a terrain Church knows by heart.

And now the Inspector is back. In Hidden Moon, Inspector O returns from a mission abroad to find his new police commander waiting at his office door. There has been a bank robbery — the first ever in Pyongyang — and the commander demands action, and quickly. But is this urgency for real?   Somewhere, someone in the North Korean leadership doesn’t want Inspector O to complete his investigation. And why not? What if the robbery leads to the highest levels of the regime? What if power, not a need for cash, is the real reason behind the heist at the Gold Star Bank?

Given a choice, this isn’t a trail a detective in the Pyongyang police would want to follow all the way to the end, even a trail marked with monogrammed silk stockings. “I’m not sure I know where the bank is,” is O’s laconic observation as the warning bells go off in his head. A Scottish policeman sent to provide security for a visiting British official, a sultry Kazakh bank manager, and a mournful fellow detective all combine to put O in the middle of a spiderweb of conspiracies that becomes more tangled, and dangerous, the more he pulls on the threads.

Once again, as he did in A Corpse in the Koryo, James Church opens a window onto a society where nothing is quite as it seems. The story serves as the reader’s flashlight,illuminating a place that outsiders imagine is always dark and too far away to know. Church’s descriptions of the country and its people are spare and starkly beautiful; the dialogue is lean, every thought weighed and measured before it is spoken. Not a word is wasted, because in this place no one can afford to be misunderstood.