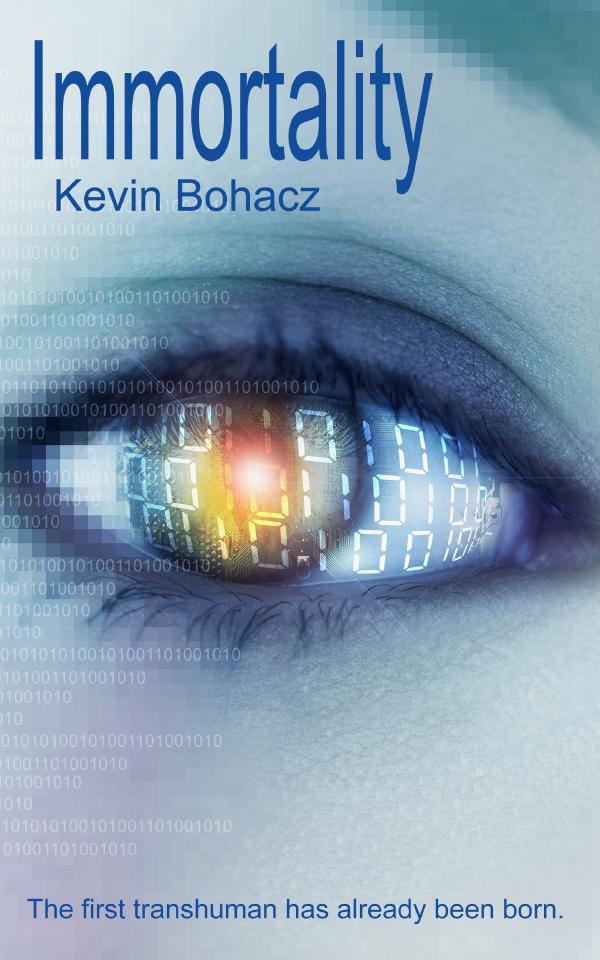 Immortality has received a starred review from Publisher’s Weekly as well as high praise from many other book review publications. Immortality was a #1 best-selling techno-thriller on Amazon from January 2008 to June 2014.

Publisher’s Weekly starred review: When human extinctions occur in South America and spread worldwide, paleobiologist and genetic researcher Mark Freedman senses a connection to the Chromatium Omri bacteria, the oldest known life form on Earth linked to previous extinctions. The growing virulence in the “kill zones” spurs Freedman to join forces with Kathy Morrison, expert on viral and bacterial pathogens with the Centers for Disease Control. Despite personal losses, Freedman and Morrison find romance and make discoveries about the devastation and what lies behind it. Other colorful characters include dedicated policewoman Sarah Mayfair, whose horrific dreams and improbable survival enable contact with the forces behind the outbreaks; cynical Gen. James McKafferty, committed to preserving the U.S. at whatever cost; and Artie Hartman, goaded by his wife’s death to wage war on gangs and government forces indiscriminately. The seemingly random attacks and emergence of chaos allow Bohacz to explore such themes as whether humanity deserves to survive, the meaning of being human, and the cost of perfect health and immortality. The originality of Bohacz’s ideas is nearly equaled by detailed descriptions of a decontamination lab, the frenzied search for answers, and the aftermath of destruction. His vision of a humanity that faces the need to evolve profoundly or face certain destruction is as timely as today’s news and as chilling a doomsday scenario as any ecological catastrophe can suggest.

Kirkus - There is enough power in the premise to leave readers reeling. A novel that will surprise fans of science-fiction and doomsday scenarios.

“Speaking as an evolved Transhuman, I applaud this very entertaining, intelligent, and thought provoking journey to the edges of humanity.” - Danny Rubin, author and screenwriter of Groundhog Day.

“Immortality is a fine, tense, scientific mystery adventure that puts mankind in a challenge of survival with a short time limit. This is the way the world could end.” - Piers Anthony, author of 21 New York Times best-selling novels.

Sci-Fi Reader - 4Stars - “This book manages to do what all the best sci-fi does - provide a thought-provoking, alternative viewpoint on the business of existence. I recommend you give it a go.” - sfreader.com.

The story begun in Immortality is not over and continues in the sequel Ghost of the Gods.