In Search of Respect: Selling Crack in El Barrio by Philippe Bourgois

Finished reading this book on November 30, 2006
Buy on Amazon 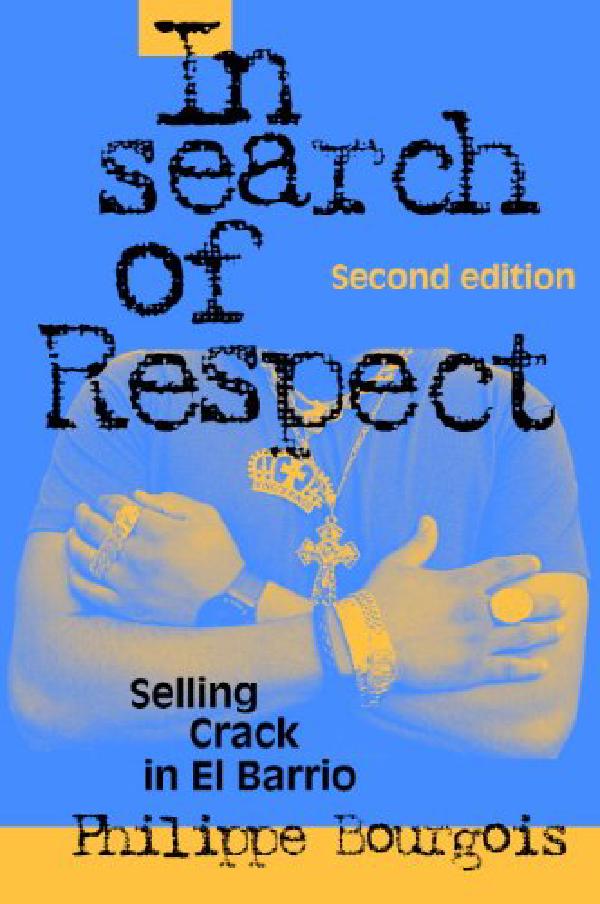 Philippe Bourgois’s ethnographic study of social marginalization in inner-city America, won critical acclaim when it was first published in 1995. For the first time, an anthropologist had managed to gain the trust and long-term friendship of street-level drug dealers in one of the roughest ghetto neighborhoods–East Harlem. This new edition adds a prologue describing the major dynamics that have altered life on the streets of East Harlem in the seven years since the first edition. In a new epilogue Bourgois brings up to date the stories of the people–Primo, Caesat, Luis, Tony, Candy–who readers come to know in this remarkable window onto the world of the inner city drug trade. Philippe Bourgois is Professor and Chair of the Department of Anthropology, History and Social Medicine at the University of California, San Francisco. He has conducted fieldwork in Central America on ethnicity and social unrest and is the author of Ethnicity at Work: Divided Labor on a Central American Banana Plantation (Johns Hopkins University Press, 1989). He is writing a book on homeless heroin addicts in San Francisco. 1/e hb ISBN (1996) 0-521-43518-8 1/e pb ISBN (1996) 0-521-57460-9