Jihad: The Rise of Militant Islam in Central Asia by Ahmed Rashid 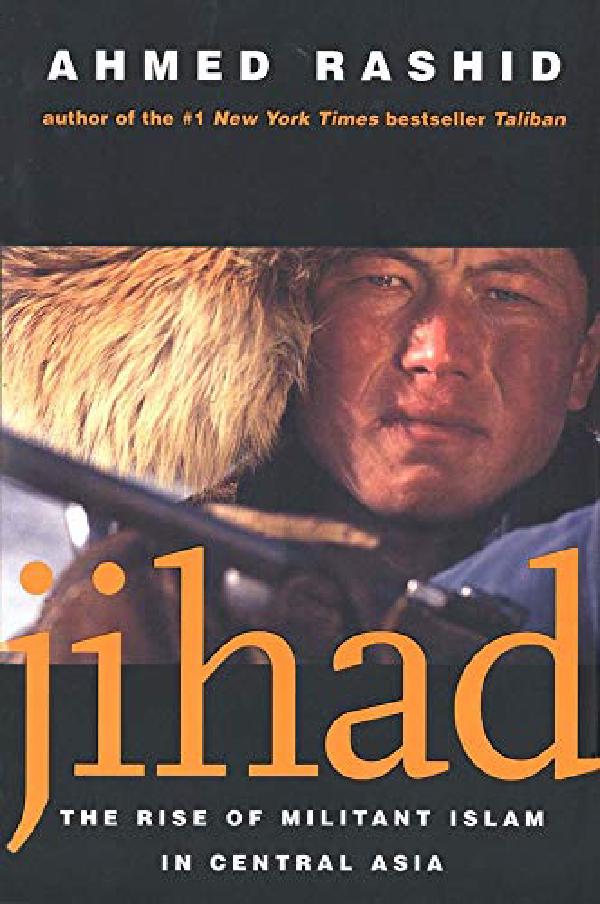 The terrorist attacks of September 11 have turned the world’s attention to areas of the globe about which we know very little. Ahmed Rashid, who masterfully explained Afghanistan’s Taliban regime in his previous book, here turns his skills as an investigative journalist to the five Central Asian republics adjacent to Afghanistan. Central Asia is coming to play a vital strategic role in the war on terrorism, but the region also poses new threats to global security.

The five Central Asian republics—Kazakhstan, Uzbekistan, Turkmenistan, Kyrgyzstan, and Tajikistan—were part of the Soviet Union until its collapse in 1991. Under Soviet rule, Islam was brutally suppressed, and that intolerance has continued under the post-Soviet regimes. Religious repression, political corruption, and the region’s extreme poverty (unemployment rates exceed 80 percent in some areas) have created a fertile climate for militant Islamic fundamentalism. Often funded and trained by such organizations as Osama bin Laden’s Al Qaeda and the Taliban, guerrilla movements like the IMU (Islamic Movement of Uzbekistan) have recruited a staggering number of members across the region and threaten to topple the governments of all five nations. Based on groundbreaking research and numerous interviews, Jihad explainsthe roots of militant rage in Central Asia, describes the goals and activities of these militant organizations, and suggests ways in which this threat could be neutralized by diplomatic and economic intervention.

Rich in both cultural heritage and natural resources—including massive oil reservoirs—Central Asia remains desperately poor and frighteningly volatile. In tracing the history of Central Asia and explaining the current political climate, Rashid demonstrates that it is a region we ignore at our peril.