Lockstep: A Novel by Karl Schroeder 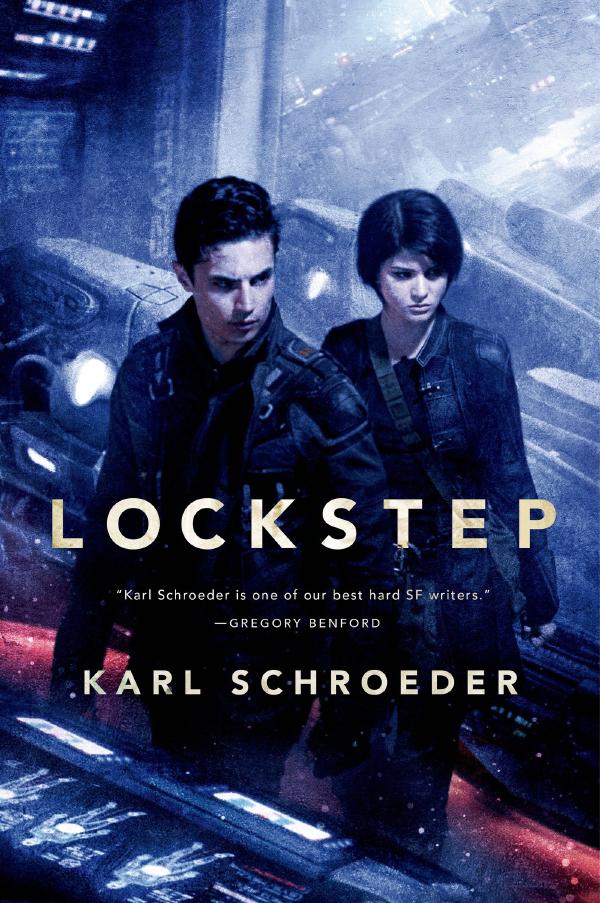 When seventeen-year-old Toby McGonigal finds himself lost in space, separated from his family, he expects his next drift into cold sleep to be his last. After all, the planet he’s orbiting is frozen and sunless, and the cities are dead. But when Toby wakes again, he’s surprised to discover a thriving planet, a strange and prosperous galaxy, and something stranger still—that he’s been asleep for 14,000 years.

Welcome to the Lockstep Empire, where civilization is kept alive by careful hibernation. Here cold sleeps can last decades and waking moments mere weeks. Its citizens survive for millennia, traveling asleep on long voyages between worlds. Not only is Lockstep the new center of the galaxy, but Toby is shocked to learn that the Empire is still ruled by its founding family: his own.

Toby’s brother Peter has become a terrible tyrant. Suspicious of the return of his long-lost brother, whose rightful inheritance also controls the lockstep hibernation cycles, Peter sees Toby as a threat to his regime. Now, with the help of a lockstep girl named Corva, Toby must survive the forces of this new Empire, outwit his siblings, and save human civilization.