Finished reading this book on December 23, 2020
Buy on Amazon 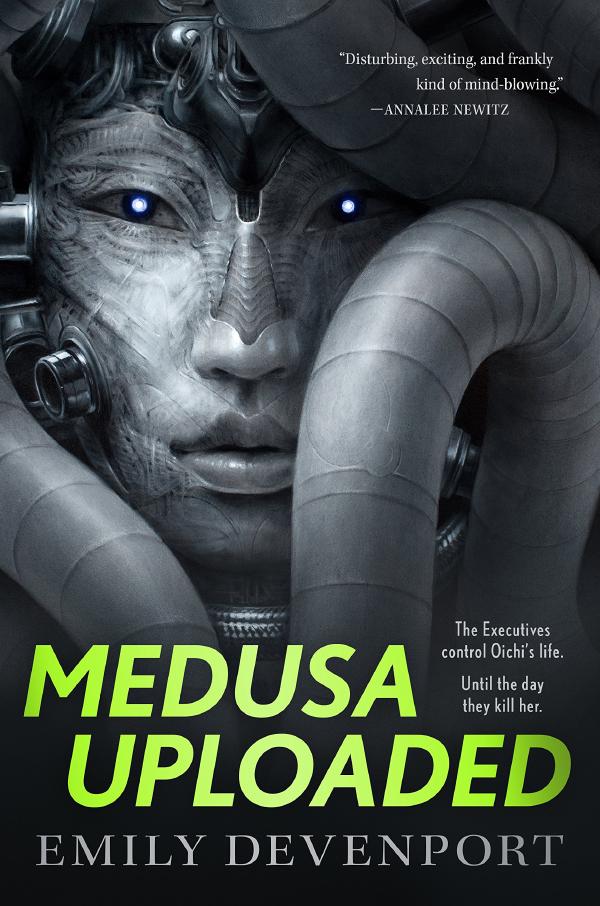 Medusa Uploaded by Emily Devenport offers readers fast-paced sf thriller on the limits of power and control, and the knife-edge between killing for revenge or a greater good.

The Executives control Oichi’s senses, her voice, her life. Until the day they kill her.

An executive clan gives the order to shoot Oichi out of an airlock on suspicion of being an insurgent. A sentient AI, a Medusa unit, rescues Oichi and begins to teach her the truth—the Executives are not who they think they are. Oichi, officially dead and now bonded to the Medusa unit, sees a chance to make a better life for everyone on board.

As she sets things right one assassination at a time, Oichi becomes the very insurgent the Executives feared, and in the process uncovers the shocking truth behind the generation starship that is their home.