Neom: A Novel from the World of Central Station by Lavie Tidhar

Finished reading this book on November 30, 2022
Buy on Amazon 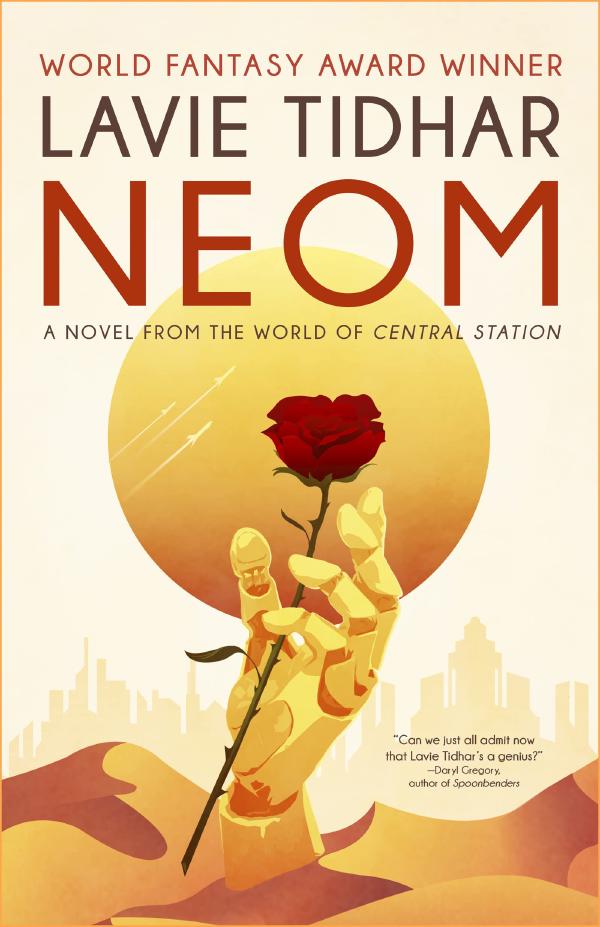 Machines roam the desert in search of purpose; works of art can be deadlier than weapons, and improbable love transcends the sands of time. From the multiaward-winning universe of Central Station, a complex desert-city of the future’s inhabitants rediscover passion while at the brink of revolution.

“Can we just all admit now that Lavie Tidhar’s a genius?”
—Daryl Gregory, award-winning author of Spoonbenders

The city known as Neom is many things to many beings, human or otherwise. Neom is a tech wonderland for the rich and beautiful; an urban sprawl along the Red Sea; and a port of call between Earth and the stars.

In the desert, young orphan Saleh has joined a caravan, hoping to earn his passage off-world from Central Station. But the desert is full of mechanical artefacts, some unexplained and some unexploded. Recently, a wry, unnamed robot has unearthed one of the region’s biggest mysteries: the vestiges of a golden man.

In Neom, childhood affection is rekindling between loyal shurta-officer Nasir and hardworking flower-seller Mariam. But Nasu, a deadly terrorartist, has come to the city with missing memories and unfinished business.

Just one robot can change a city’s destiny with a single rose—especially when that robot is in search of lost love.