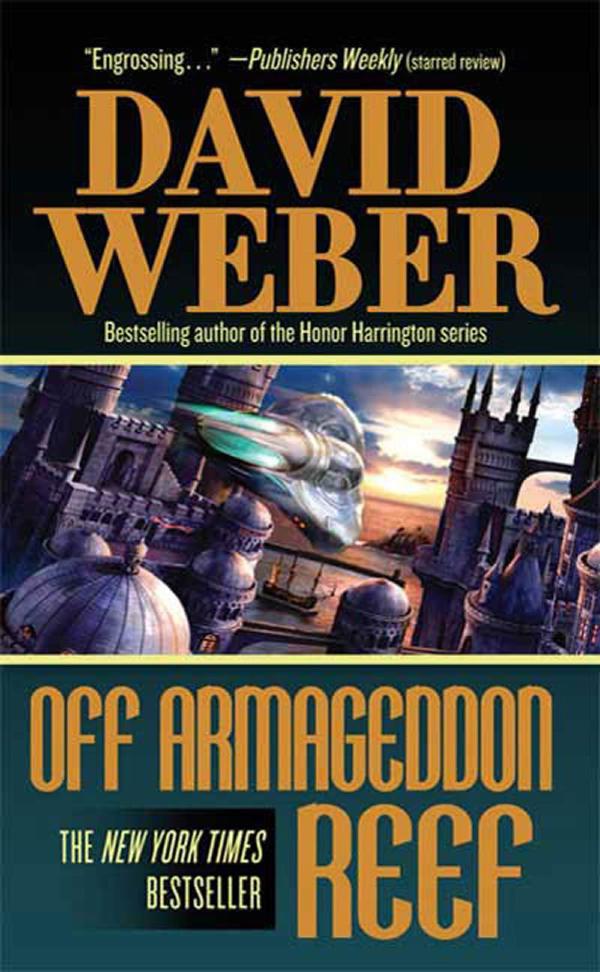 Humanity pushed its way to the stars - and encountered the Gbaba, a ruthless alien race that nearly wiped us out.

Earth and her colonies are now smoldering ruins, and the few survivors have fled to distant, Earth-like Safehold, to try to rebuild. But the Gbaba can detect the emissions of an industrial civilization, so the human rulers of Safehold have taken extraordinary measures: with mind control and hidden high technology, they’ve built a religion in which every Safeholdian believes, a religion designed to keep Safehold society medieval forever.

800 years pass. In a hidden chamber on Safehold, an android from the far human past awakens. This “rebirth” was set in motion centuries before, by a faction that opposed shackling humanity with a concocted religion. Via automated recordings, “Nimue” - or, rather, the android with the memories of Lieutenant Commander Nimue Alban - is told her fate: she will emerge into Safeholdian society, suitably disguised, and begin the process of provoking the technological progress which the Church of God Awaiting has worked for centuries to prevent.

Nothing about this will be easy. To better deal with a medieval society, “Nimue” takes a new gender and a new name, “Merlin.” His formidable powers and access to caches of hidden high technology will need to be carefully concealed. And he’ll need to find a base of operations, a Safeholdian country that’s just a little more freewheeling, a little less orthodox, a little more open to the new.

And thus Merlin comes to Charis, a mid-sized kingdom with a talent for naval warfare. He plans to make the acquaintance of King Haarahld and Crown Prince Cayleb, and maybe, just maybe, kick off a new era of invention. Which is bound to draw the attention of the Church…and, inevitably, lead to war.