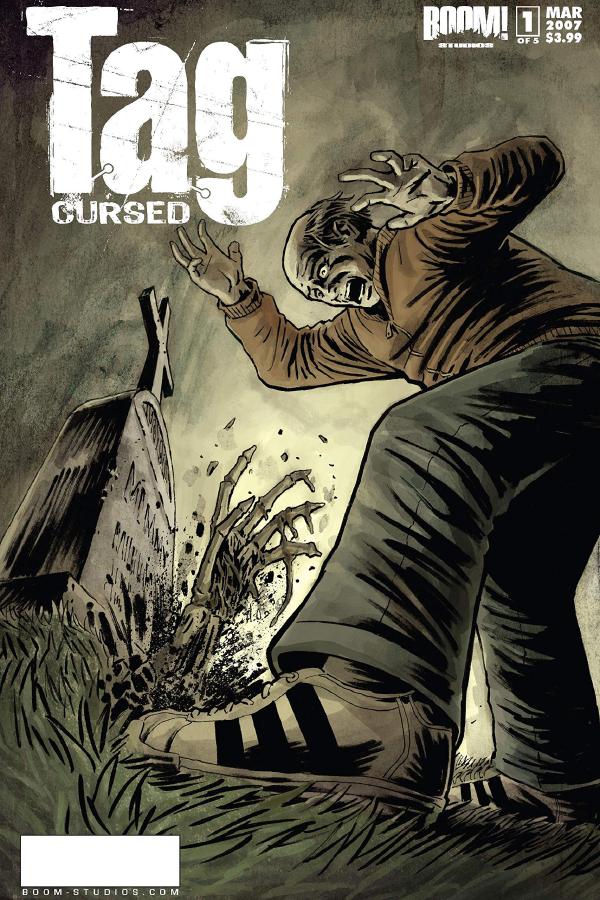 Spine-snapping horror in the tradition of the movie The Ring! An average joe strolls down the street after a fight with his girlfriend when a random stranger TAGS him, handing off an ancient curse! He literally begins to die - and rot - seeing his body begin to decompose every day before his very eyes. Cursed, he must either surrender, or find the next victim to TAG… Collecting the three issue mini-series from white-hot Wizard Magazine favorite Keith Giffen and 30 Days of Night Bloodsucker Tales artist Kody Chamberlain! BONUS: Included in TPB form for the first time as an extra is Keith Giffen’s 10 one-shot – ten innocent people become unwilling contestants in a game of death. Given 10 bullets and a gun, it’s kill or be killed as they’re forced to hunt the other 10 contestants! In the dark, horrific tradition of Battle Royale!