The A.I. War: The Big Boost by Daniel Keys Moran 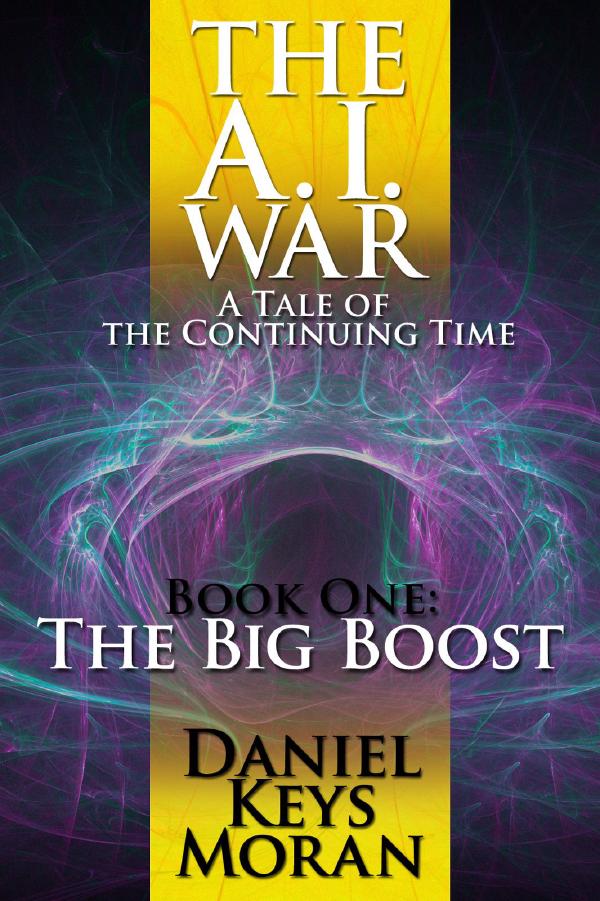 The Long-Awaited Sequel to The Long Run and The Last Dancer.

In 2072, the United Nations Space Force began building the Unity . . . at Halfway.

The Unity was seven kilometers long. It was not merely the largest spacecraft that had ever been built, more than ten times as long as the uncrewed mining ferries that had, in calmer times, sent ore from the Belt to Halfway; it was nearly the largest artifact humans had ever built. There are cylindrical Cities in the Belt that are larger, blown up out of asteroids that were melted down with giant mirrors, and then inflated, while still molten metal, to the desired shape . . . but in 2080 there are only a few, and even those few are not much larger than the Unity.

She had been designed for one purpose, and though the Unification had never said so publicly, that purpose was the clearest thing in the System: