The Android's Dream by John Scalzi 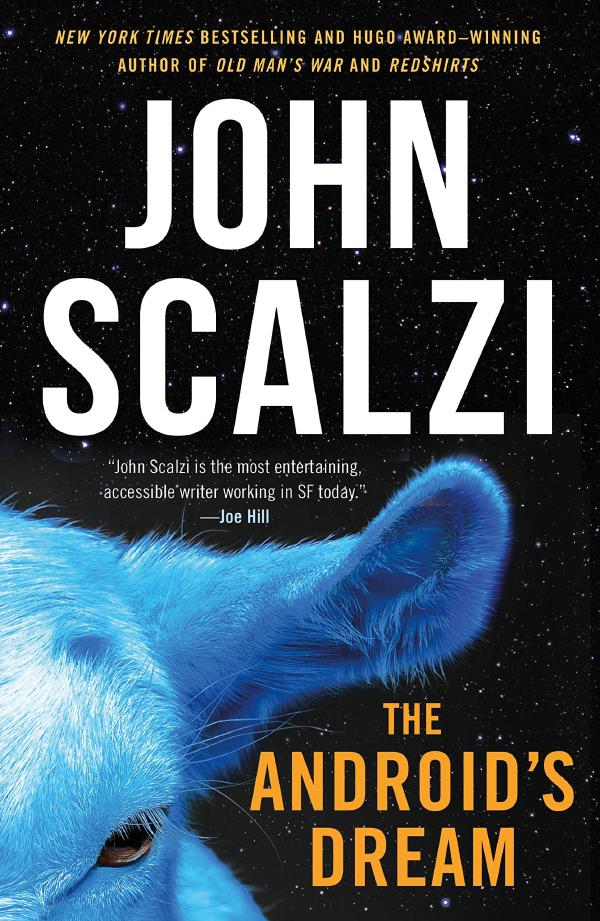 A human diplomat creates an interstellar incident when he kills an alien diplomat in a most…unusual…way. To avoid war, Earth’s government must find an equally unusual object: A type of sheep (“The Android’s Dream”), used in the alien race’s coronation ceremony.

To find the sheep, the government turns to Harry Creek, ex-cop, war hero and hacker extraordinaire, who with the help of Brian Javna, a childhood friend turned artificial intelligence, scours the earth looking for the rare creature. And they find it, in the unknowing form of Robin Baker, pet store owner, whose genes contain traces of the sheep DNA.

But there are others with plans for the sheep as well: Mercenaries employed by the military. Adherents of a secret religion based on the writings of a 21st century science fiction author. And alien races, eager to start a revolution on their home world and a war on Earth.

To keep our planet from being enslaved, Harry will have to pull off the greatest diplomatic coup in history, a grand gambit that will take him from the halls of power to the lava-strewn battlefields of alien worlds. There’s only one chance to get it right, to save the life of Robin Baker – and to protect the future of humanity.