Finished reading this book on September 30, 2018
Buy on Amazon 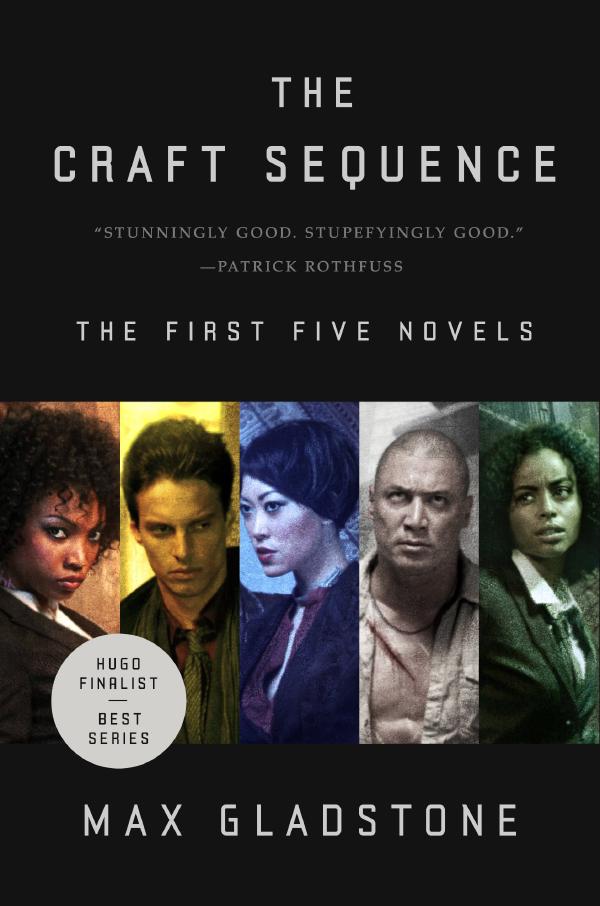 Set in a phenomenally-built world in which lawyers ride lightning bolts, souls are currency, and cities are powered by the remains of fallen gods, MAX GLADSTONE’s Craft Sequence introduces readers to a modern fantasy landscape and an epic struggle to build a just society.

Three Parts Dead — A god has died, and it’s up to Tara, first-year associate in the international necromantic firm of Kelethres, Albrecht, and Ao, to bring Him back to life before His city falls apart.

Two Serpents Rise — Caleb Altemoc**—casual gambler and professional risk manager—**is sent by Red King Consolidated to cleanse shadow demons from the Dresediel Lex city water supply, and uncovers a scheme to forever alter the balance of power in the city.

Full Fathom Five — On the island of Kavekana, Kai nearly loses her life trying to save one of her creations, a god built to order. But when Kai starts digging into the reasons her creations die, she uncovers a conspiracy of silence and fear—which will crush her, if Kai can’t stop it first.

Last First Snow — Craft lawyer Elayne Kevarian and warrior-priest Temoc must fight dark magic, secret agendas, and their own demons to save the peace between the citizens and rulers of Dresediel Lex, before hell opens to swallow the city whole.

The Ruin of Angels