The Everything Box (Another Coop Heist, #1) by Richard Kadrey

Finished reading this book on May 7, 2016
Buy on Amazon 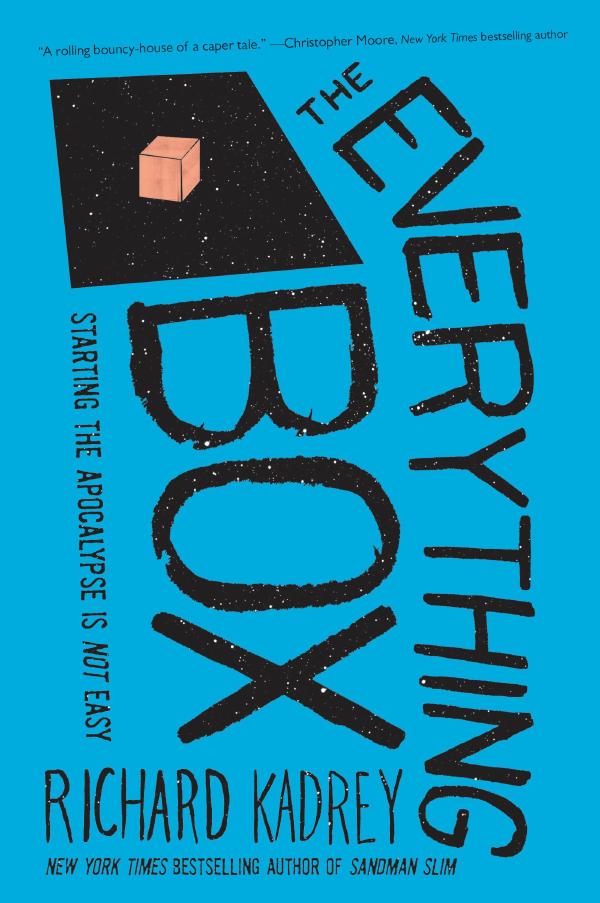 2000 B.C.
A beautiful, ambitious angel stands on a mountaintop, surveying the world and its little inhabitants below. He smiles because soon, the last of humanity who survived the great flood will meet its end, too. And he should know. He’s going to play a big part in it. Our angel usually doesn’t get to do field work, and if he does well, he’s certain he’ll be get a big promotion.
And now it’s time . . .
The angel reaches into his pocket for the instrument of humanity’s doom. Must be in the other pocket. Then he frantically begins to pat himself down. Dejected, he realizes he has lost the object. Looking over the Earth at all that could have been, the majestic angel utters a single word.
“Crap.”

2015
A thief named Coop-a specialist in purloining magic objects-steals and delivers a small box to the mysterious client who engaged his services. Coop doesn’t know that his latest job could be the end of him-and the rest of the world. Suddenly he finds himself in the company of the Department of Peculiar Science, a fearsome enforcement agency that polices the odd and strange. The box isn’t just a supernatural heirloom with quaint powers, they tell him.

It’s a doomsday device. They think. . .
And suddenly, everyone is out to get it.