The Other Side of the River: A Story of Two Towns, a Death, and America's Dilemma by Alex Kotlowitz 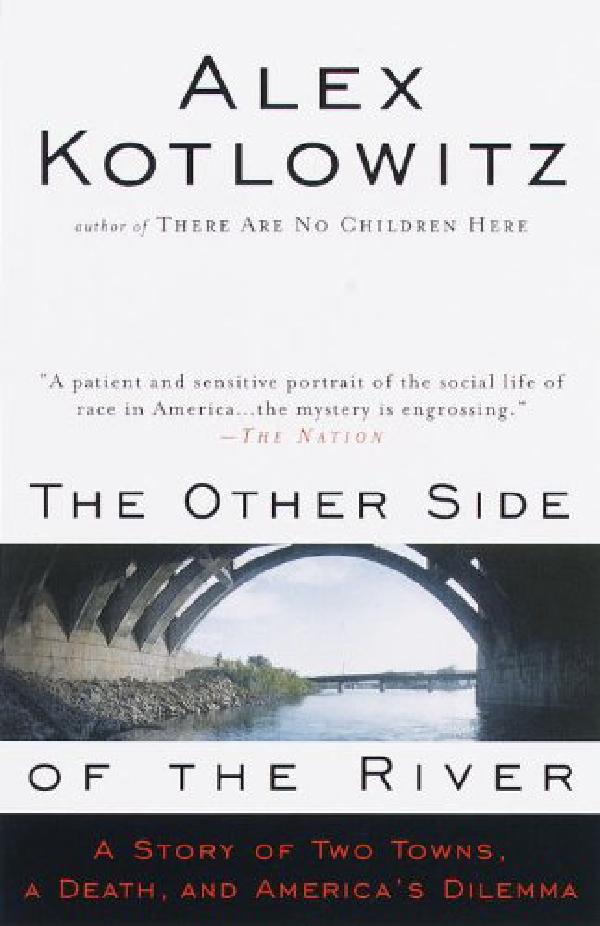 Alex Kotlowitz’s There Are No Children Here was more than a bestseller; it was a national event. His beautifully narrated, heartbreaking nonfiction account of two black boys struggling to grow up in a Chicago public housing complex spent eight weeks on The New York Times bestseller list, was a made-for-television movie starring and produced by Oprah Winfrey, won many distinguished awards, and sparked a continuing national debate on the lives of inner-city children.

In The Other Side of the River, his eagerly awaited new book, Kotlowitz takes us to southern Michigan. Here, separated by the St. Joseph River, are two towns, St. Joseph and Benton Harbor. Geographically close, they are worlds apart, a living metaphor for America’s racial divisions: St. Joseph is a prosperous lakeshore community and ninety-five percent white, while Benton Harbor is impoverished and ninety-two percent black. When the body of a black teenaged boy from Benton Harbor is found in the river, unhealed wounds and suspicions between the two towns' populations surface as well. The investigation into the young man’s death becomes, inevitably, a screen on which each town projects their resentments and fears.

The Other Side of the River sensitively portrays the lives and hopes of the towns' citizens as they wrestle with this mystery–and reveals the attitudes and misperceptions that undermine race relations throughout America. In this gripping and ultimately profound book, Alex Kotlowitz proves why he is one of this country’s foremost writers on the ever explosive issue of race.