The Trials (The Red, #2) by Linda Nagata

Finished reading this book on August 26, 2019
Buy on Amazon 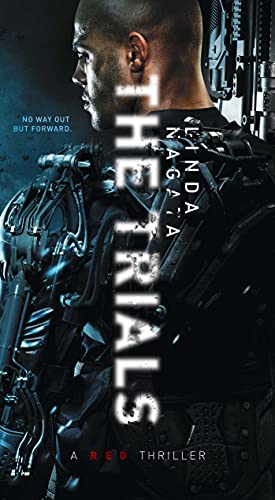 In the wake of nuclear terrorism, a squad of elite soldiers must combat artificial intelligence and seek justice in this military political thriller, a sequel to The Red.

Lieutenant James Shelley and his squad of US Army soldiers were on a quest for justice when they carried out the unauthorized mission known as First Light. They returned home to America to face a court-martial, determined to expose the corruption in the chain of command that compelled their actions. But in a country still reeling from the nuclear terrorism of Coma Day, the courtroom is just one battlefield of many.

A new cycle of violence ignites when rumors of the elusive, rogue AI known as the Red go public—and Shelley is, once again, pulled into the fray. Challenged by his enemies, driven by ideals, Shelley feels compelled to act. But are the harrowing choices he makes really his own, or are they made for him, by the Red? And with millions of lives at stake in a game of nuclear cat-and-mouse, does the answer even matter?