A Widow for One Year by John Irving

Finished reading this book on January 7, 2007
Buy on Amazon 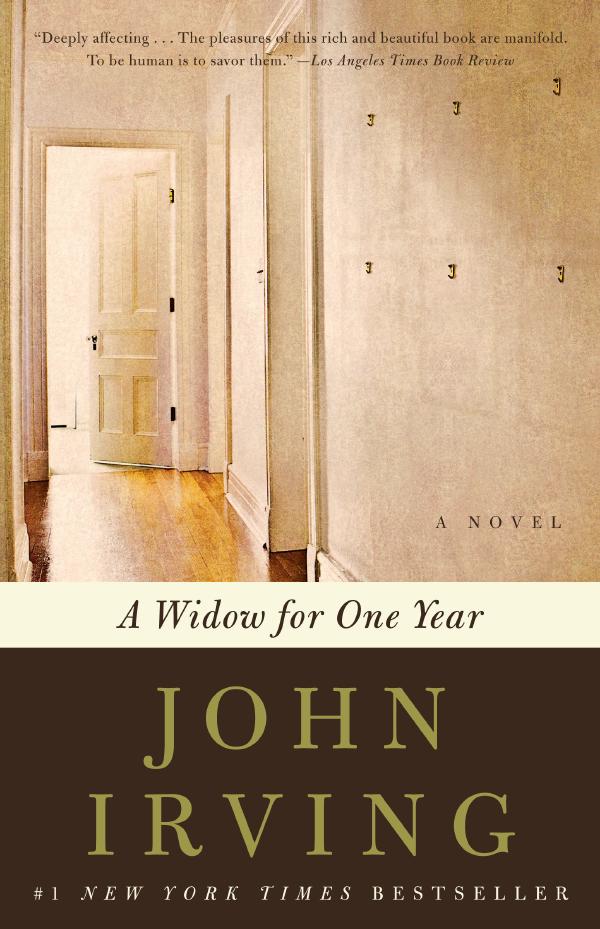 “One night when she was four and sleeping in the bottom bunk of her bunk bed, Ruth Cole woke to the sound of lovemaking—it was coming from her parents’ bedroom.”

This sentence opens John Irving’s ninth novel, A Widow for One Year, a story of a family marked by tragedy. Ruth Cole is a complex, often self-contradictory character—a “difficult” woman. By no means is she conventionally “nice,” but she will never be forgotten.

Ruth’s story is told in three parts, each focusing on a critical time in her life. When we first meet her—on Long Island, in the summer of 1958—Ruth is only four.

The second window into Ruth’s life opens on the fall of 1990, when she is an unmarried woman whose personal life is not nearly as successful as her literary career. She distrusts her judgment in men, for good reason.

A Widow for One Year closes in the autumn of 1995, when Ruth Cole is a forty-one-year-old widow and mother. She’s about to fall in love for the first time.