American Project: The Rise and Fall of a Modern Ghetto by Sudhir Venkatesh 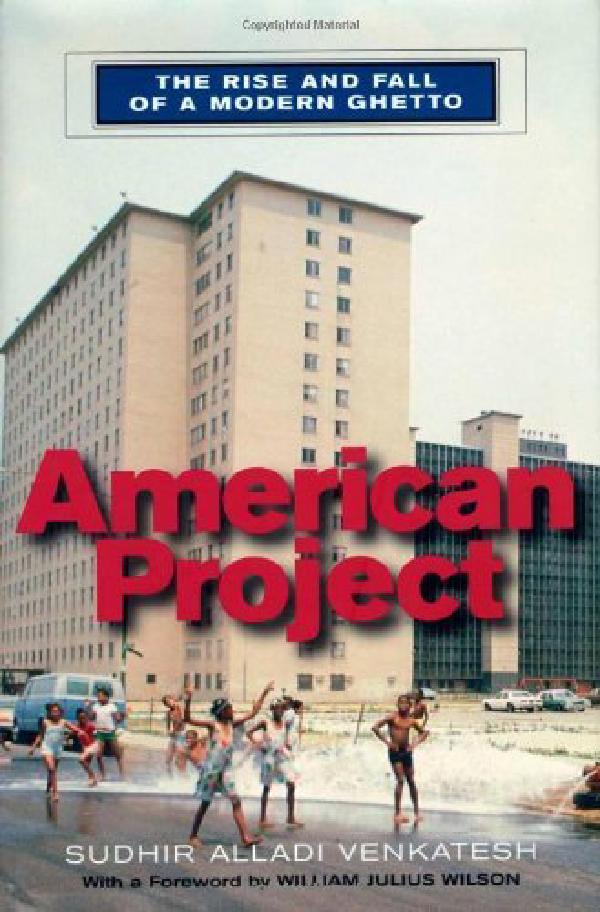 High-rise public housing developments were signature features of the post-World War II city. A hopeful experiment in providing temporary, inexpensive housing for all Americans, the “projects” soon became synonymous with the black urban poor, with isolation and overcrowding, with drugs, gang violence, and neglect. As the wrecking ball brings down some of these concrete monoliths, Sudhir Venkatesh seeks to reexamine public housing from the inside out, and to salvage its troubled legacy. Based on nearly a decade of fieldwork in Chicago’s Robert Taylor Homes, American Project is the first comprehensive story of daily life in an American public housing complex.

Venkatesh draws on his relationships with tenants, gang members, police officers, and local organizations to offer an intimate portrait of an inner-city community that journalists and the public have only viewed from a distance. Challenging the conventional notion of public housing as a failure, this startling book re-creates tenants' thirty-year effort to build a safe and secure neighborhood: their political battles for services from an indifferent city bureaucracy, their daily confrontation with entrenched poverty, their painful decisions about whether to work with or against the street gangs whose drug dealing both sustained and imperiled their lives.

American Project explores the fundamental question of what makes a community viable. In his chronicle of tenants' political and personal struggles to create a decent place to live, Venkatesh brings us to the heart of the matter.