Babel, or the Necessity of Violence: an Arcane History of the Oxford Translators' Revolution by R.F. Kuang

Finished reading this book on September 8, 2022
Buy on Amazon 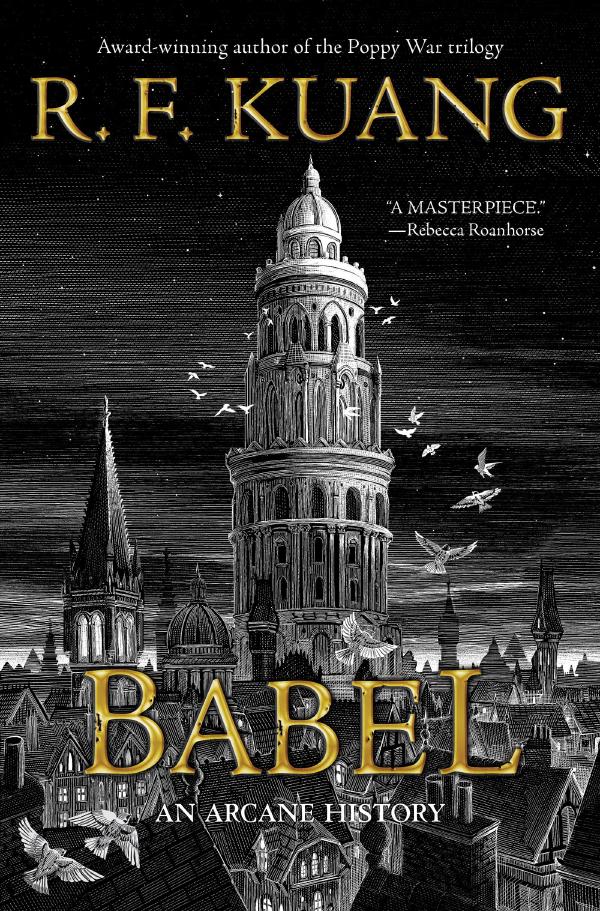 Traduttore, traditore: An act of translation is always an act of betrayal.

Babel is the world’s center of translation and, more importantly, of silver-working: the art of manifesting the meaning lost in translation through enchanted silver bars, to magical effect. Silver-working has made the British Empire unparalleled in power, and Babel’s research in foreign languages serves the Empire’s quest to colonize everything it encounters.

Oxford, the city of dreaming spires, is a fairytale for Robin; a utopia dedicated to the pursuit of knowledge. But knowledge serves power, and for Robin, a Chinese boy raised in Britain, serving Babel inevitably means betraying his motherland. As his studies progress Robin finds himself caught between Babel and the shadowy Hermes Society, an organization dedicated to sabotaging the silver-working that supports imperial expansion. When Britain pursues an unjust war with China over silver and opium, Robin must decide: Can powerful institutions be changed from within, or does revolution always require violence? What is he willing to sacrifice to bring Babel down?

Babel — a thematic response to The Secret History and a tonal response to Jonathan Strange & Mr. Norrell — grapples with student revolutions, colonial resistance, and the use of translation as a tool of empire.