Empress of Forever by Max Gladstone

Finished reading this book on July 20, 2019
Buy on Amazon 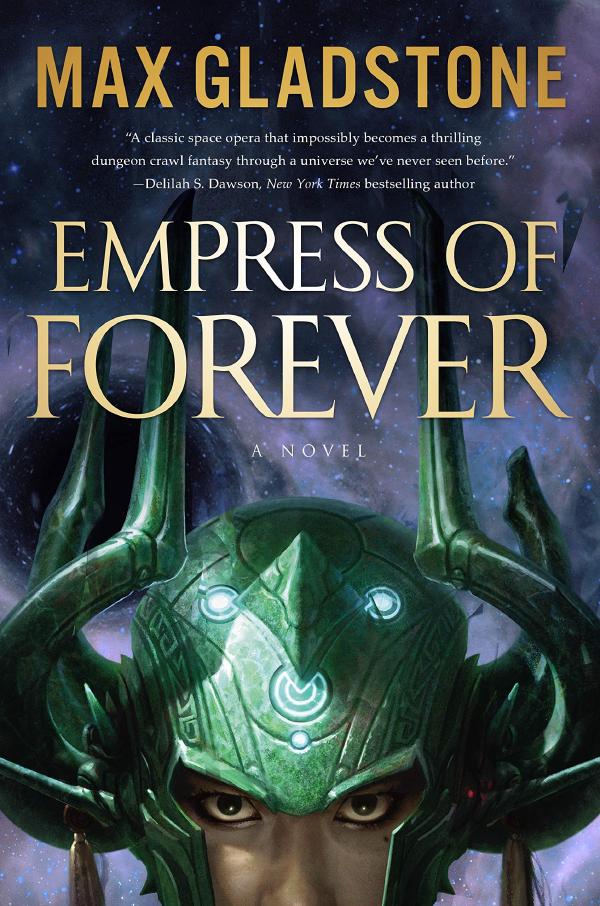 A feminist Guardians of the Galaxy—a smart, swashbuckling, wildly imaginative adventure of a rag-tag team of brilliant misfits, dangerous renegades, and enhanced outlaws in a war-torn future.

A wildly successful innovator to rival Steve Jobs or Elon Musk, Vivian Liao is prone to radical thinking, quick decision-making, and reckless action. On the eve of her greatest achievement, she’s trying to outrun those who are trying to steal her success.

In the chilly darkness of a Boston server farm, Viv sets her ultimate plan into motion. A terrifying instant later, Vivian Liao is catapulted through space and time to a far future where she confronts a destiny stranger and more deadly than she could ever imagine.

The end of time is ruled by an ancient, powerful Empress who blesses or blasts entire planets with a single thought. Rebellion is literally impossible to consider–until Vivian arrives. Trapped between the Pride, a ravening horde of sentient machines, and a fanatical sect of warrior monks who call themselves the Mirrorfaith, Viv must rally a strange group of allies to confront the Empress and find a way back to the world and life she left behind.

A magnificent work of vivid imagination and universe-spanning action, Empress of Forever is a feminist Guardians of the Galaxy crossed with Star Wars and spiced with the sensibility and spirit of Iain M. Banks and William Gibson.