Fleet of Worlds by Larry Niven 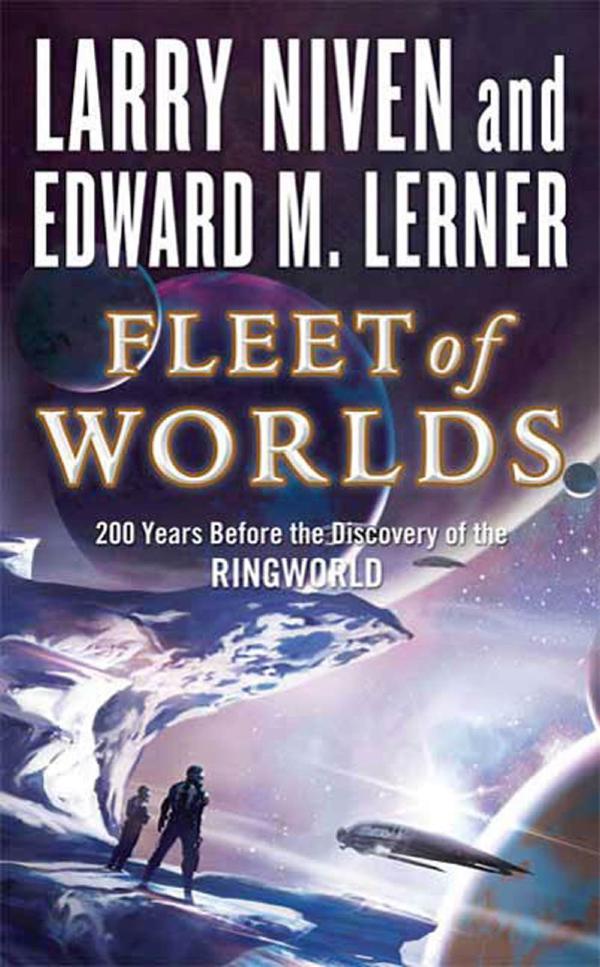 Humanity has been faithfully serving the Citizens for years, and Kirsten Quinn-Kovacks is among the best and the brightest of the humans. She gratefully serves the race that rescued her ancestors from a dying starship, gave them a home world, and nurtures them still. If only the Citizens knew where Kirsten’s people came from.

A chain reaction of supernovae at the galaxy’s core unleashes a wave of lethal radiation that will sterilize the galaxy. The Citizens flee, taking their planets, the Fleet of Worlds, with them.

Someone must scout ahead, and Kirsten and her crew eagerly volunteer. Under the guiding eye of Nessus, their Citizen mentor, they explore for any possible dangers in the Fleet’s path—and uncover long-hidden truths that will shake the foundations of worlds.
Fleet of Worlds marks Larry Niven’s first novel-length collaboration within his Known Space universe, the playground he created for his bestselling Ringworld series. Teaming up with fellow SF writer Edward M. Lerner, Fleet of Worlds takes a closer look at the Human-Puppeteer (Citizens) relations and the events leading up to Niven’s first Ringworld novel.