Franny and Zooey by J.D. Salinger 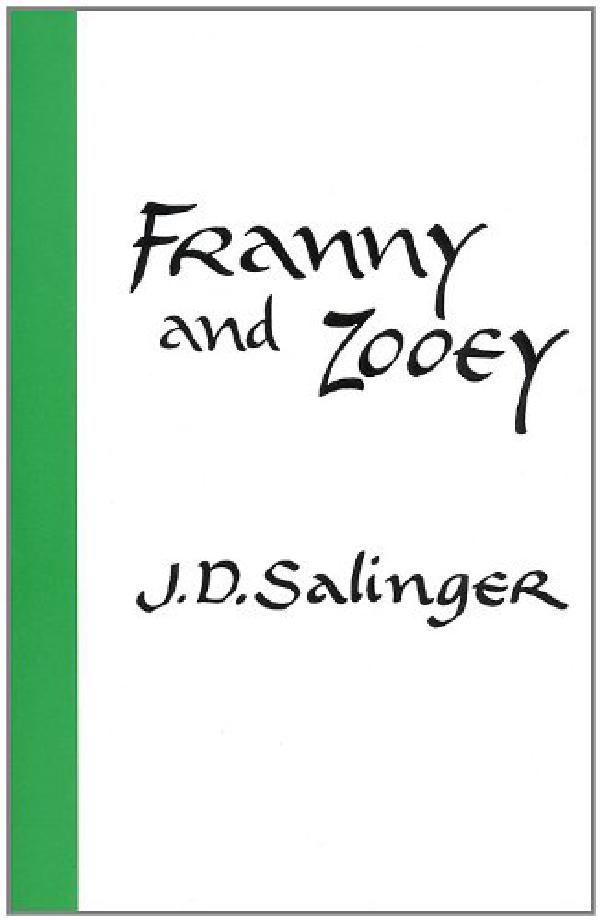 The short story, Franny, takes place in an unnamed college town and tells the tale of an undergraduate who is becoming disenchanted with the selfishness and inauthenticity she perceives all around her.

The novella, Zooey, is named for Zooey Glass, the second-youngest member of the Glass family. As his younger sister, Franny, suffers a spiritual and existential breakdown in her parents' Manhattan living room – leaving Bessie, her mother, deeply concerned – Zooey comes to her aid, offering what he thinks is brotherly love, understanding, and words of sage advice.

Salinger writes of these works: “FRANNY came out in The New Yorker in 1955, and was swiftly followed, in 1957 by ZOOEY. Both stories are early, critical entries in a narrative series I’m doing about a family of settlers in twentieth-century New York, the Glasses. It is a long-term project, patently an ambiguous one, and there is a real-enough danger, I suppose that sooner or later I’ll bog down, perhaps disappear entirely, in my own methods, locutions, and mannerisms. On the whole, though, I’m very hopeful. I love working on these Glass stories, I’ve been waiting for them most of my life, and I think I have fairly decent, monomaniacal plans to finish them with due care and all-available skill."