How the Multiverse Got Its Revenge (The Thorne Chronicles, #2) by K. Eason

Finished reading this book on December 31, 2020
Buy on Amazon 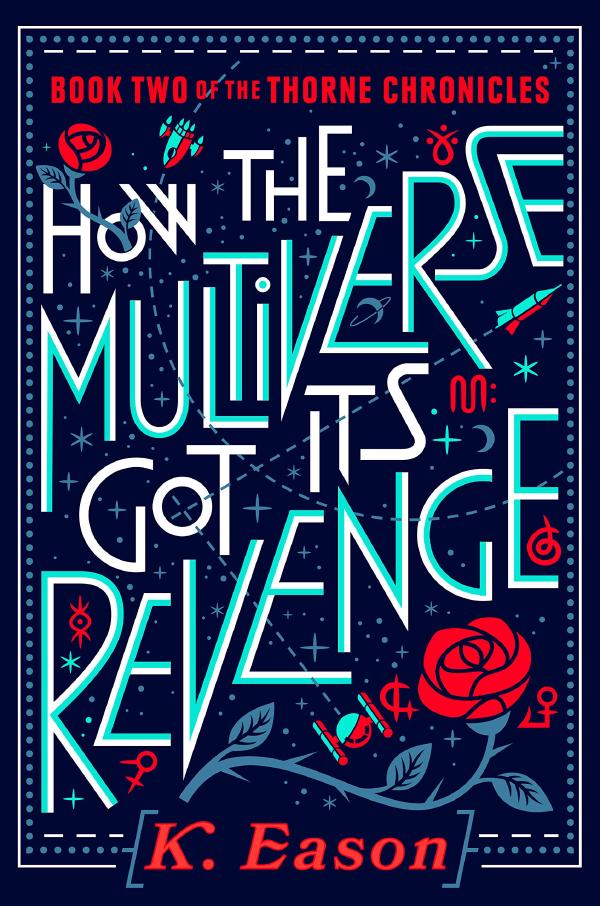 Rory Thorne must use the fairy blessings gifted to her to change the multiverse in the second book in this space opera duology.

After avoiding an arranged marriage, thwarting a coup, and inadvertently kick-starting a revolution, Rory Thorne has renounced her title and embraced an unglamorous life as a privateer on the edge of human space.

Her new life is interrupted when Rory and her crew–former royal bodyguards, Thorsdottir and Zhang, and co-conspirator Jaed–encounter an abandoned ship registered under a false name, seemingly fallen victim to attack. As they investigate, they find evidence of vicious technology and arithmancy, alien and far beyond known capabilities.

The only answer to all the destruction is the mysterious, and unexpected, cargo: a rose plant. One that reveals themself to be sentient–and designed as a massive biological weapon. Rose seeks to escape their intended fate, but before Rory and her friends can get Rose off the derelict ship, the alien attackers return.

Rory and her friends must act fast–and wisely–to save themselves, and Rose, and maybe the multiverse, too, from a war humanity cannot win.