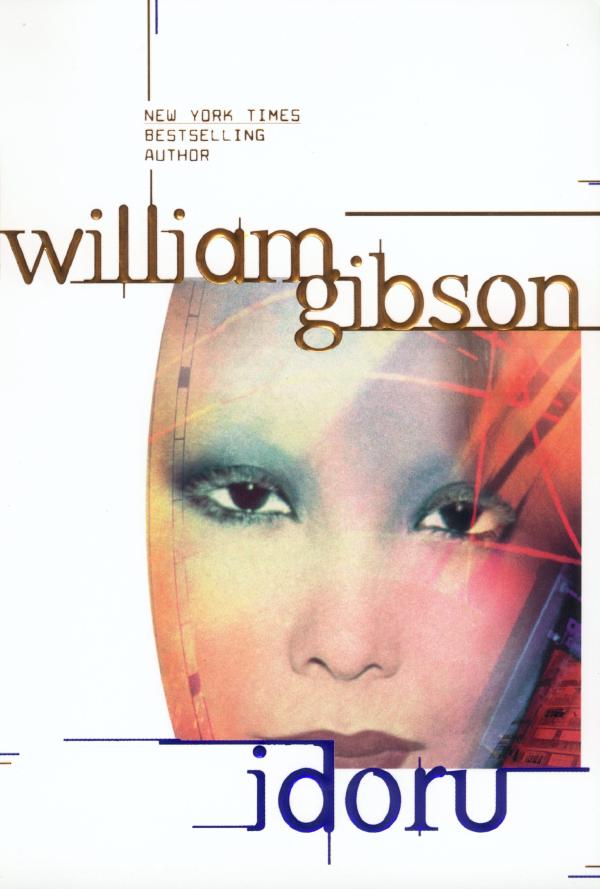 2lst century Tokyo, after the millennial quake. Neon rain. Light everywhere blowing under any door you might try to close. Where the New Buildings, the largest in the world, erect themselves unaided, their slow rippling movements like the contractions of a sea-creature.Colin Laney is here looking for work. He is not, he is careful to point out, a voyeur. He is an intuitive fisher of patterns of information, the “signature” a particular individual creates simply by going about the business of living. But Laney knows how to sift for the interesting (read: dangerous) bits. Which makes him very useful–to certain people.Chia McKenzie is here on a rescue mission. She’s fourteen. Her idol is the singer Rez, of the band Lo/Rez. When the Seattle chapter of the Lo/Rez fan club decided that he might be in trouble, in Tokyo, they sent Chia to check it out.Rei Toei is the beautiful, entirely virtual media star adored by all Japan. The idoru. And Rez has declared that he will marry her. This is the rumor that brought Chia to Tokyo. But the things that bother Rez are not the things that bother most people. Is something different here, in the very nature of reality? Or is it that something violently New is about to happen? It’s possible the idoru is as real as she wants or needs to be–or as real as Rez desires. When Colin Laney looks into her dark eyes, trying hard to think of her as no more than a hologram, he sees things he’s never seen before. He sees how she might break a man’s heart.And, whatever else may be true, the idoru and the powerful interests surrounding her are enough to put all their lives in danger.