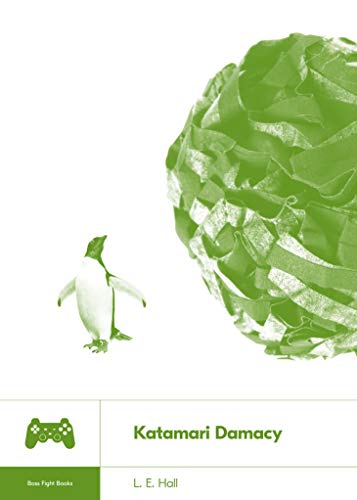 What kind of game would meditate on humankind’s symbiotic relationship to nature by asking players to rip up entire mountain ranges by the root? Or criticize capitalism by letting us literally consume everything from a thumbtack to a streetlamp–and have a great time doing it? Only a game that takes its silliness very seriously. But the 2004 release of Katamari Damacy almost didn’t get the ball rolling. Reviewers worldwide weren’t sure how to classify it and initial sales numbers were low. Those who actually played it, though, were won over by its novel gameplay, goofy surrealism, and catchy soundtrack. Pushed into the mainstream by its passionate fans, Katamari remains one of the best video game examples of pure anarchic fun. Based on new interviews with staff including creator Keita Takahashi himself, game designer and writer L. E. Hall explores the game’s development, lore, sequels, and cultural impact, examines Takahashi’s body of work, and investigates the power of play itself.