Kingpin: How One Hacker Took Over The Billion Dollar Cybercrime Underground by Kevin Poulsen

Finished reading this book on May 1, 2016
Buy on Amazon 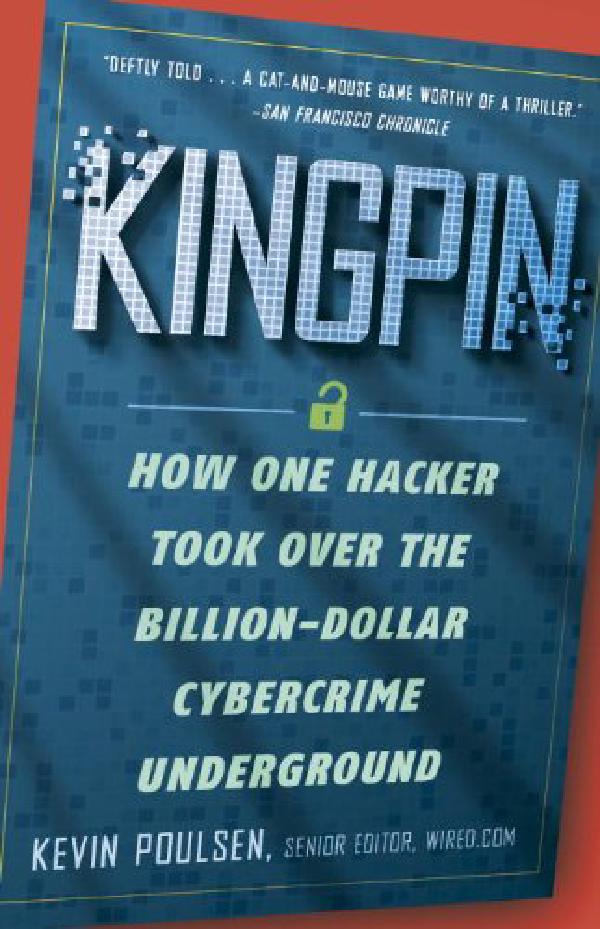 The word spread through the hacking underground like some unstoppable new virus: an audacious crook had staged a hostile takeover of an online criminal network that siphoned billions of dollars from the US economy.

The culprit was a brilliant programmer with a hippie ethic and a supervillain’s double identity. Max ‘Vision’ Butler was a white-hat hacker and a celebrity throughout the programming world, even serving as a consultant to the FBI. But there was another side to Max. As the black-hat ‘Iceman’, he’d seen the fraudsters around him squabble, their ranks riddled with infiltrators, their methods inefficient, and in their dysfunction was the ultimate challenge: he would stage a coup and steal their ill-gotten gains from right under their noses.

Through the story of Max Butler’s remarkable rise, KINGPIN lays bare the workings of a silent crime wave affecting millions worldwide. It exposes vast online-fraud supermarkets stocked with credit card numbers, counterfeit cheques, hacked bank accounts and fake passports. Thanks to Kevin Poulsen’s remarkable access to both cops and criminals, we step inside the quiet,desperate battle that law enforcement fights against these scammers. And learn that the boy next door may not be all he seems.