Marooned in Realtime (Across Realtime, #2) by Vernor Vinge 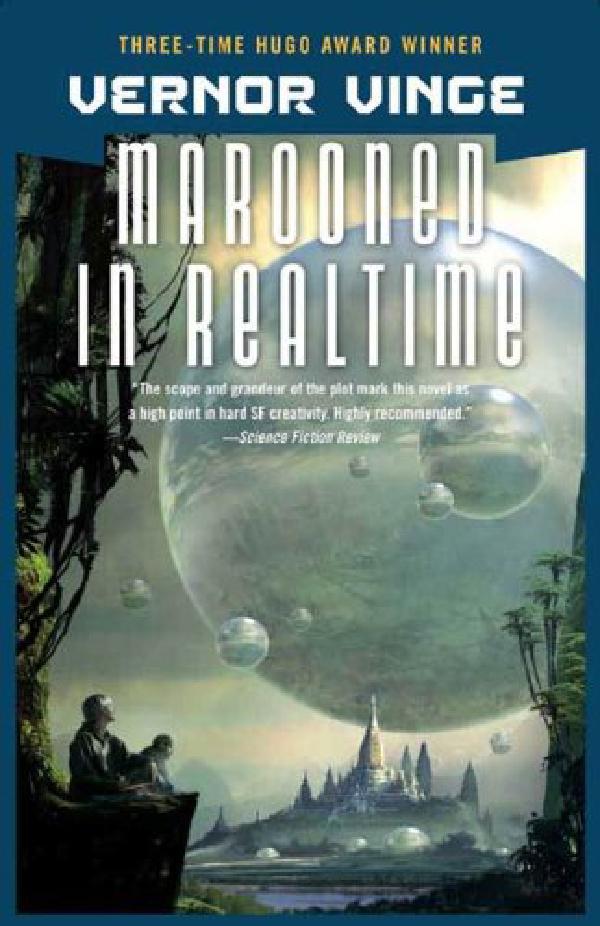 Multiple Hugo Award winner Vernor Vinge takes readers on a fifty-million-year trip to a future where humanity’s fate will be decided in a dangerous game of high-tech survival.

In this taut thriller, a Hugo finalist for Best Novel, nobody knows why there are only three hundred humans left alive on the Earth fifty million years from now. Opinion is fiercely divided on whether to settle in and plant the seed of mankind anew, or to continue using high-energy stasis fields, or “bobbles,” in venturing into the future. When somebody is murdered, it’s obvious someone has a secret he or she is willing to kill to preserve.The murder intensifies the rift between the two factions, threatening the survival of the human race. It’s up to 21st century detective Wil Brierson, the only cop left in the world, to find the culprit, a diabolical fiend whose lust for power could cause the utter extinction of man.

Filled with excitement and adventure, Vinge’s tense SF puzzler will satisfy readers with its sense of wonder and engaging characters, one of whom is a murderer with a unique modus operandi.