Finished reading this book on January 2, 2017
Buy on Amazon 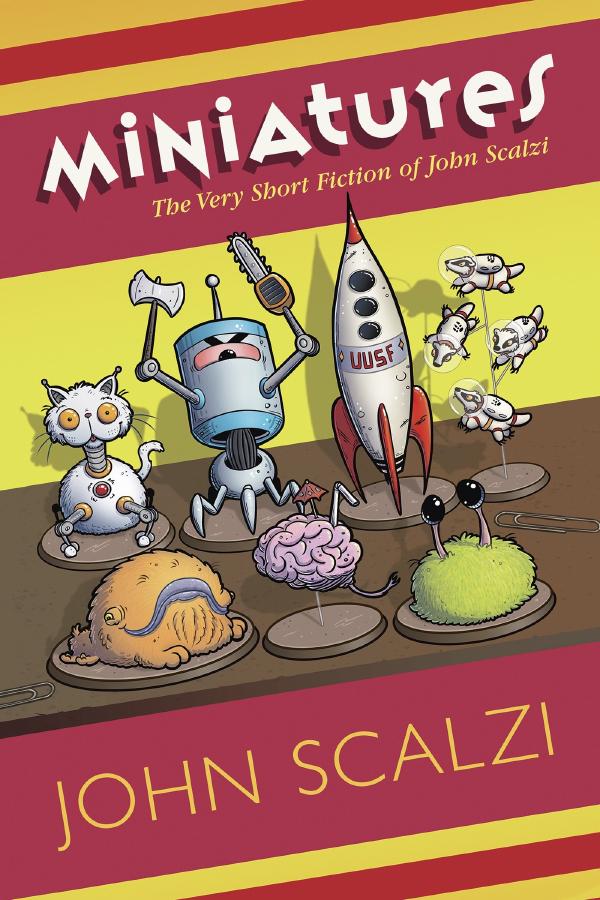 The ex-planet Pluto has a few choice words about being thrown out of the solar system. A listing of alternate histories tells you all the various ways Hitler has died. A lawyer sues an interplanetary union for dangerous working conditions. And four artificial intelligences explain, in increasingly worrying detail, how they plan not to destroy humanity. Welcome to Miniatures: The Very Short Fiction of John Scalzi.

These four stories, along with 14 other pieces, have one thing in common: They’re short, sharp, and to the point - science fiction in miniature, with none of the stories longer than 2,300 words. But in that short space exist entire universes, absurd situations, and the sort of futuristic humor that propelled Scalzi to a Hugo with his novel Redshirts. Not to mention yogurt taking over the world (as it would).

Spanning the years from 1991 to 2016, this collection is a quarter century of Scalzi at his briefest and best and features four never-before-published stories exclusive to this collection: “Morning Announcements at the Lucas Interspecies School for Troubled Youth”, “Your Smart Appliances Talk About You Behind Your Back”, “Important Holidays on Gronghu”, and “The AI Are Absolutely Positively Without a Doubt Not Here to End Humanity, Honest”.

John Scalzi is the New York Times best-selling author of Old Man’s War, Lock In, and Redshirts, among others. His work has won the Hugo and Locus Awards and been nominated for the Nebula and Campbell Awards. He lives in Ohio and online. He enjoys pie.