The Echelon Vendetta by David Stone 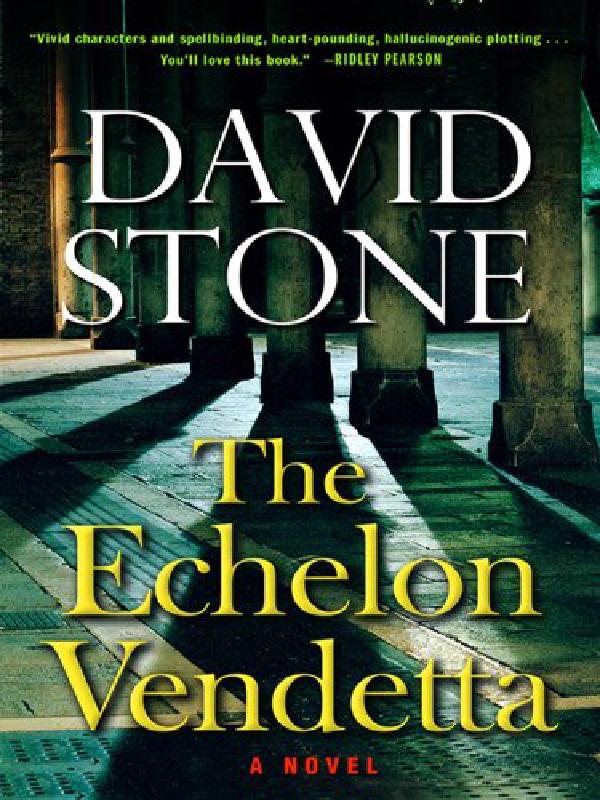 An international spy thriller of the highest order that traverses from Venice to London to Washington, D.C.

Micah Dalton is not paid to ask questions. He’s the man the CIA sends to clean up the mess when something goes wrong-an agent gets in trouble, or worse. But when his colleague and friend Porter Nauman turns up dead in an idyllic Tuscan hill town, as a result of an apparent and unimaginably gruesome suicide, Dalton can’t help but ask questions. And when Nauman’s family is subsequently slaughtered back home in London, Dalton can sit back no longer.Moving from Venice to London to Washington, D.C., to the unbearably beautiful mountains of the American West, Dalton tracks the specter who, with a penchant for intricate knifework influenced by Native American mysticism, is killing a disparate group of agents, former agents, and contract men-all of whom seem to have a connection to ECHELON, a mysterious company operation. The murders appear to be acts of retribution, but for what?

Elegant, horrifying, and chillingly suspenseful, The Echelon Vendetta will keep you enthralled, through its final, supremely satisfying twist.