The Forever War by Joe Haldeman

Finished reading this book on July 15, 2014
Buy on Amazon 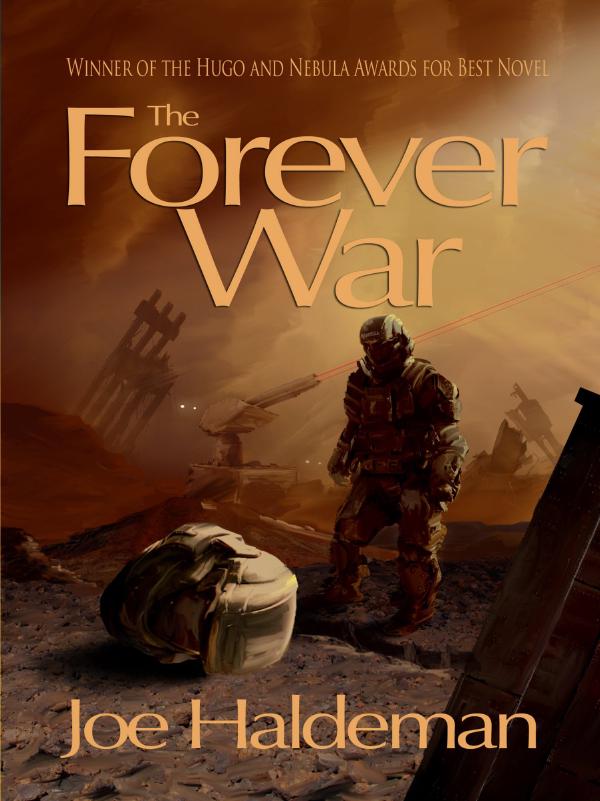 Series Info:
This is the first part of the “Forever War” series, however it can be read as a standalone.

Book Description:
The Earth’s leaders have drawn a line in the interstellar sand—despite the fact that the fierce alien enemy that they would oppose is inscrutable, unconquerable, and very far away. A reluctant conscript drafted into an elite Military unit, Private William Mandella has been propelled through space and time to fight in the distant thousand-year conflict; to perform his duties and do whatever it takes to survive the ordeal and return home. But “home” may be even more terrifying than battle, because, thanks to the time dilation caused by space travel, Mandella is aging months while the Earth he left behind is aging centuries.