The Outside by Ada Hoffmann

Finished reading this book on April 3, 2021
Buy on Amazon 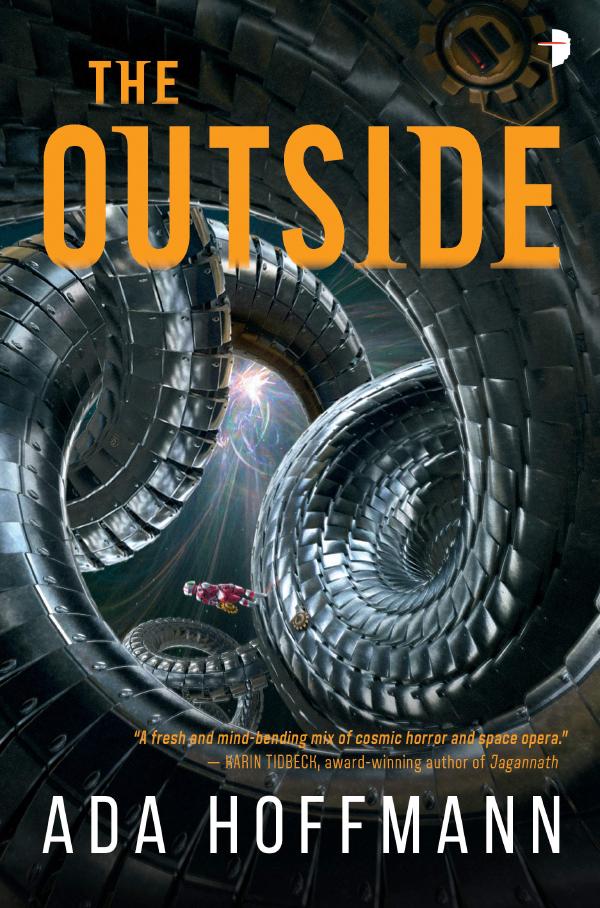 The Pride of Jai was supposed to be humanity’s greatest accomplishment—a space station made entirely by humans and their primitive computers, without “divine” cyber-technology provided by the sentient quantum supercomputers worshipped as Gods. And it was supposed to be a personal triumph for its young lead scientist, physicist Yasira Shien, whose innovative mathematics was key to the reactor powering it.

But something goes wrong in Yasira’s reactor, leading to an unexplained singularity that destroys The Pride of Jai and most of the people on it—and placing Yasira in the sights of angry Angels, the cyborg servants of the Gods.

According to the angels, Yasira’s reactor malfunction was the latest in a rising tide of disasters, intentionally caused to exploit vulnerabilities in the very pattern of spacetime and usher in horrific beings from beyond reality itself. They believe that the woman behind the disasters is Yasira’s long-vanished mentor, Dr Evianna Talirr—and they believe that Yasira, Dr Talirr’s favorite student, is the only one who can help them find her.

Spirited off to the edge of the galaxy and with her whole planet’s fate, and more, hanging in the balance, Yasira must decide who to trust: the ruthless angels she was always taught to obey without question—or the heretic scientist whose plans could change everything she knows to be true about reality.