The Peace War (Across Realtime, #1) by Vernor Vinge 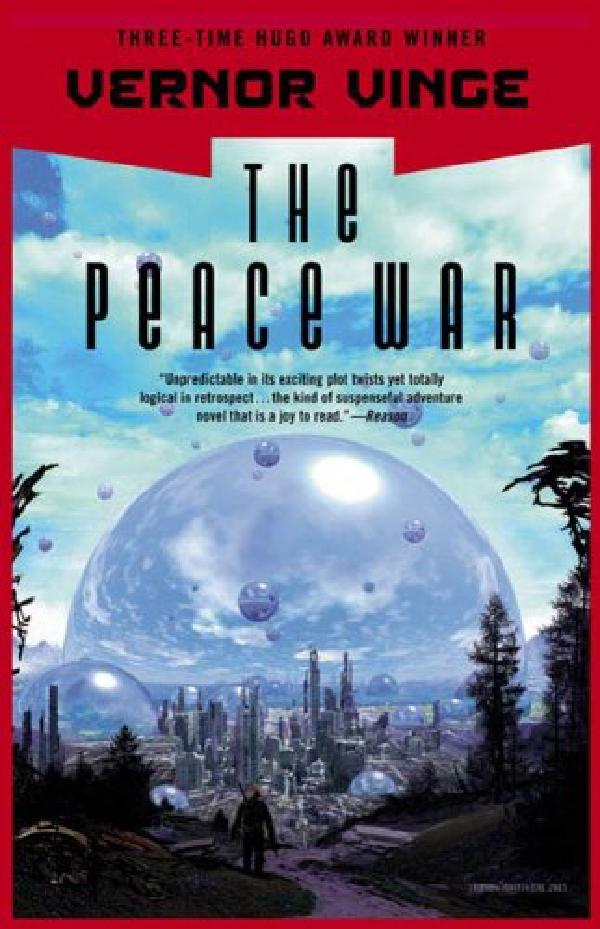 The Peace War is quintessential hard-science adventure. The Peace Authority conquered the world with a weapon that never should have been a weapon–the “bobble,” a spherical force-field impenetrable by any force known to mankind. Encasing governmental installations and military bases in bobbles, the Authority becomes virtually omnipotent. But they’ve never caught Paul Hoehler, the maverick who invented the technology, and who has been working quietly for decades to develop a way to defeat the Authority. With the help of an underground network of determined, independent scientists and a teenager who may be the apprentice genius he’s needed for so long, he will shake the world, in the fast-paced hard-science thriller that garnered Vinge the first of his four Hugo nominations for best novel.