The Plot Against America by Philip Roth 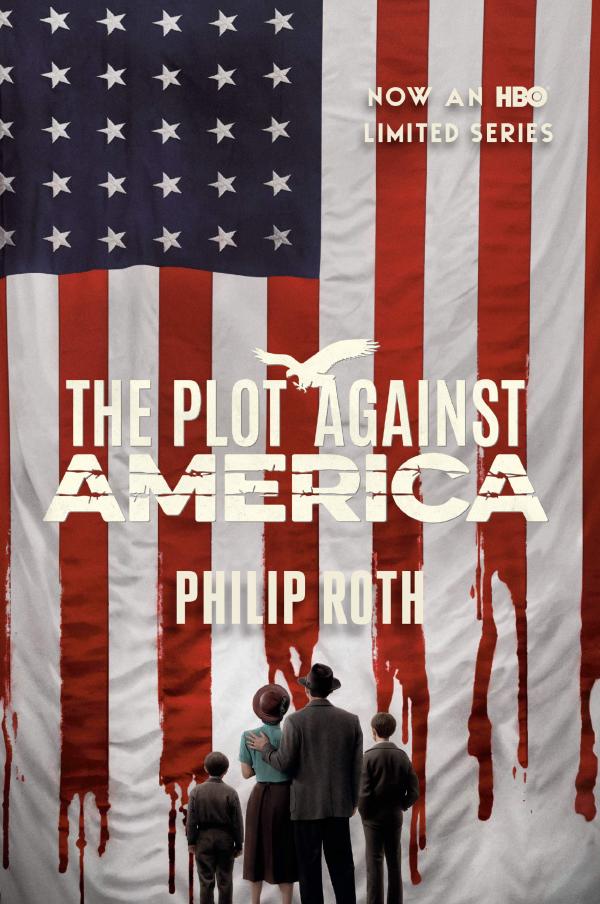 When the renowned aviation hero and rabid isolationist Charles A. Lindbergh defeated Franklin Roosevelt by a landslide in the 1940 presidential election, fear invaded every Jewish household in America. Not only had Lindbergh, in a nationwide radio address, publicly blamed the Jews for selﬁshly pushing America toward a pointless war with Nazi Germany, but upon taking ofﬁce as the thirty-third president of the United States, he negotiated a cordial “understanding” with Adolf Hitler, whose conquest of Europe and virulent anti-Semitic policies he appeared to accept without difﬁculty.What then followed in America is the historical setting for this startling new book by Pulitzer Prize–winner Philip Roth, who recounts what it was like for his Newark family — and for a million such families all over the country — during the menacing years of the Lindbergh presidency, when American citizens who happened to be Jews had every reason to expect the worst.
(front flap)