The Red: First Light (The Red, #1) by Linda Nagata

Finished reading this book on August 26, 2019
Buy on Amazon 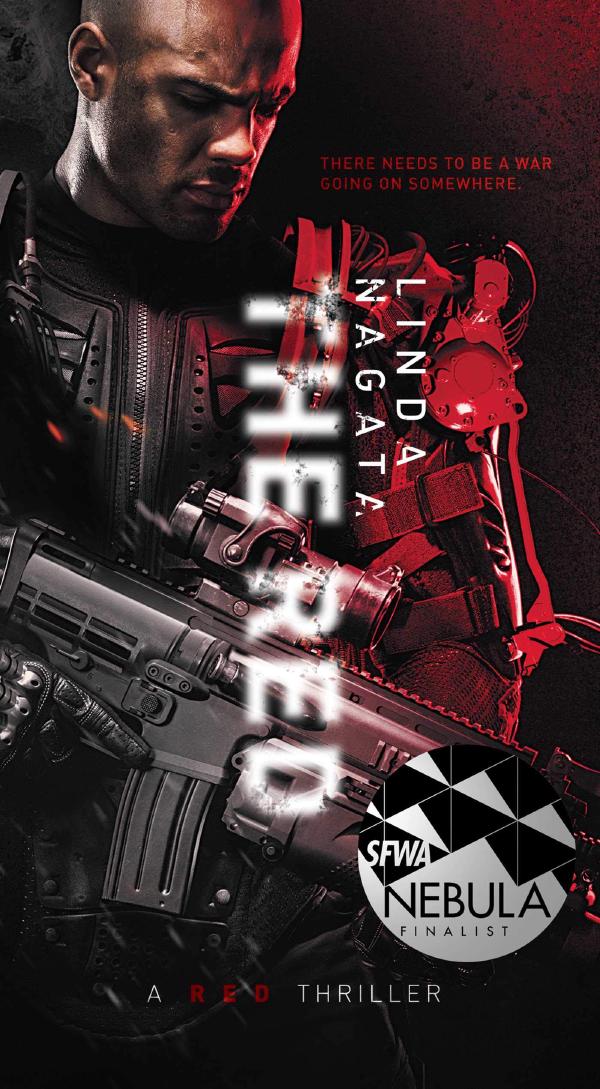 Reality TV and advanced technology make for high drama in this political thriller that combines the military action of Zero Dark Thirty with the classic science fiction of The Forever War.

Lieutenant James Shelley, who has an uncanny knack for premeditating danger, leads a squad of advanced US Army military tasked with enforcing the peace around a conflict in sub-Saharan Africa. The squad members are linked wirelessly 24/7 to themselves and a central intelligence that guides them via drone relay—and unbeknownst to Shelley and his team, they are being recorded for a reality TV show.

When an airstrike almost destroys their outpost, a plot begins to unravel that’s worthy of Crichton and Clancy’s best. The conflict soon involves rogue defense contractors, corrupt US politicians, and homegrown terrorists who possess nuclear bombs. Soon Shelley must accept that the helpful warnings in his head could be AI. But what is the cost of serving its agenda?