The Redemption of Time: A Three-Body Problem Novel by Baoshu

Finished reading this book on August 4, 2019
Buy on Amazon 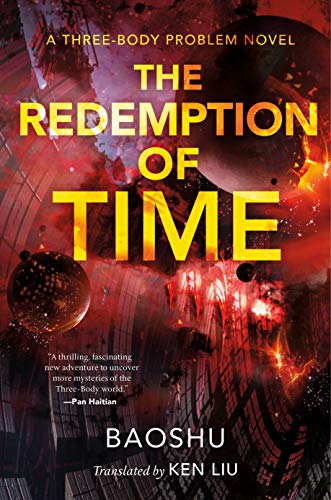 Set in the universe of the New York Times bestselling Three-Body Problem trilogy, The Redemption of Time continues Cixin Liu’s multi-award-winning science fiction saga. This original story by Baoshu―published with Liu’s support―envisions the aftermath of the conflict between humanity and the extraterrestrial Trisolarans.

In the midst of an interstellar war, Yun Tianming found himself on the front lines. Riddled with cancer, he chose to end his life, only to find himself flash frozen and launched into space where the Trisolaran First Fleet awaited. Captured and tortured beyond endurance for decades, Yun eventually succumbed to helping the aliens subjugate humanity in order to save Earth from complete destruction.

Granted a healthy clone body by the Trisolarans, Yun has spent his very long life in exile as a traitor to the human race. Nearing the end of his existence at last, he suddenly receives another reprieve―and another regeneration. A consciousness calling itself The Spirit has recruited him to wage battle against an entity that threatens the existence of the entire universe. But Yun refuses to be a pawn again and makes his own plans to save humanity’s future…