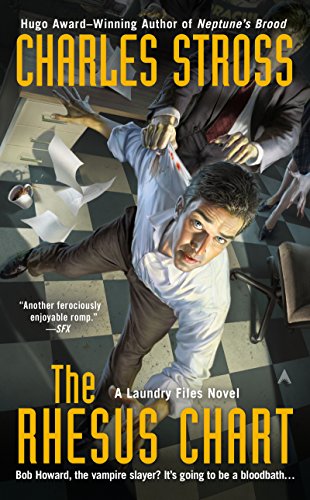 As a newly appointed junior manager within the Laundry—the clandestine organization responsible for protecting Britain against supernatural threats—Bob Howard is expected to show some initiative to help the agency battle the forces of darkness. But shining a light on things best left in the shadows is the last thing Bob wants to do—especially when those shadows hide an occult parasite spreading a deadly virus.

Traders employed by a merchant bank in London are showing signs of infection—an array of unusual symptoms such as superstrength and -speed, an uncanny talent for mind control, an extreme allergic reaction to sunlight, and an unquenchable thirst for blood. While his department is tangled up in bureaucratic red tape (and Buffy reruns), debating how to stop the rash of vampirism, Bob digs deeper into the bank’s history—only to uncover a bloodcurdling conspiracy between men and monsters…