The Subtle Knife (His Dark Materials, #2) by Philip Pullman 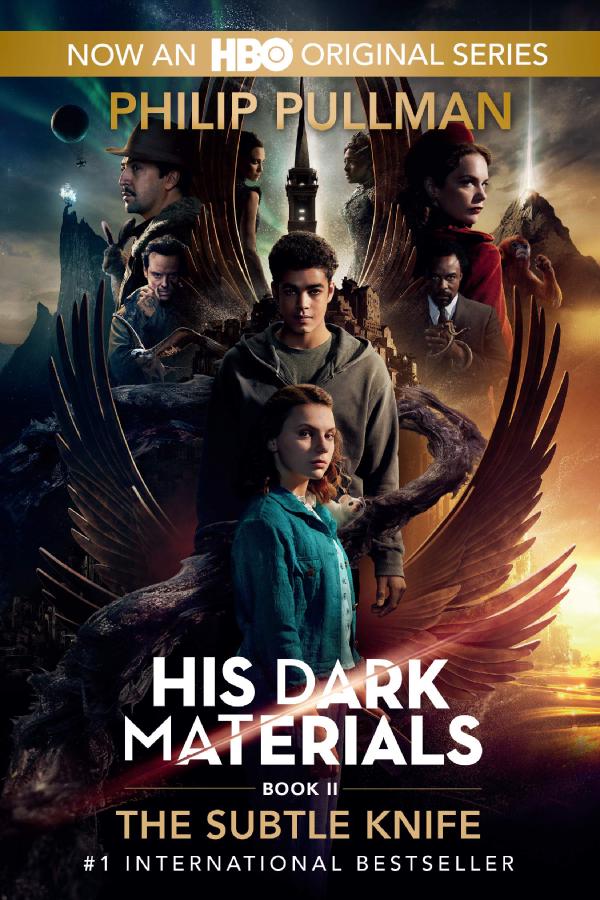 Here is the highly anticipated second installment of Philip Pullman’s epic fantasy trilogy, begun with the critically acclaimed The Golden Compass. Lyra and Will, her newfound friend, tumble separately into the strange tropical otherworld of Cittàgazze, “the city of magpies,” where adults are curiously absent and children run wild. Here their lives become inextricably entwined when Lyra’s alethiometer gives her a simple command:  find Will’s father. Their search is plagued with obstacles–some familiar and some horribly new and unfathomable–but it eventually brings them closer to Will’s father and to the Subtle Knife, a deadly, magical, ancient tool that cuts windows between worlds. Through it all, Will and Lyra find themselves hurtling toward the center of a fierce battle against a force so awesome that leagues of mortals, witches, beasts, and spirits from every world are uniting in fear and anger against it. This breathtaking sequel will leave readers eager for the third and final volume of His Dark Materials.