True Names: and the Opening of the Cyberspace Frontier by Vernor Vinge 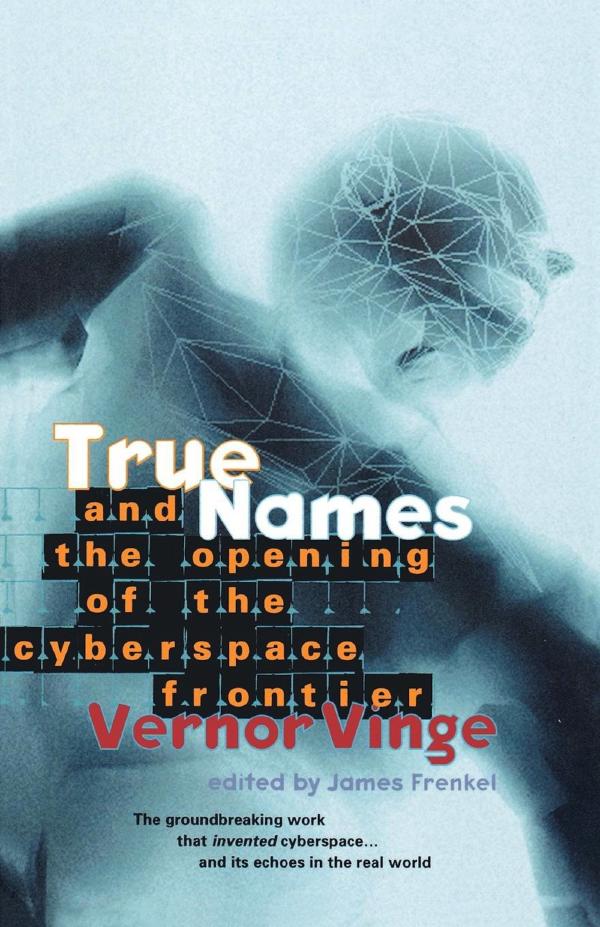 Once in a great while a science fiction story is so visionary, yet so close to impending scientific developments that it becomes not only an accurate predictor, but itself the locus for new discoveries and development. True Names by Vernor Vinge, first published in 1981, is such a work.

Here is a feast of articles by computer scientists and journalists on the cutting edge of the field, writing about innovations and developments of the Internet, including, among others:

Timothy C. May: former chief scientist at Intel–a major insider in the field of computers and technology.

Mark Pesce: Cocreator of VRML and the author of the Playful World: How Technology Transforms Our Imagination.